For the engagement, the duchess recycled her Alexander McQueen blouse. 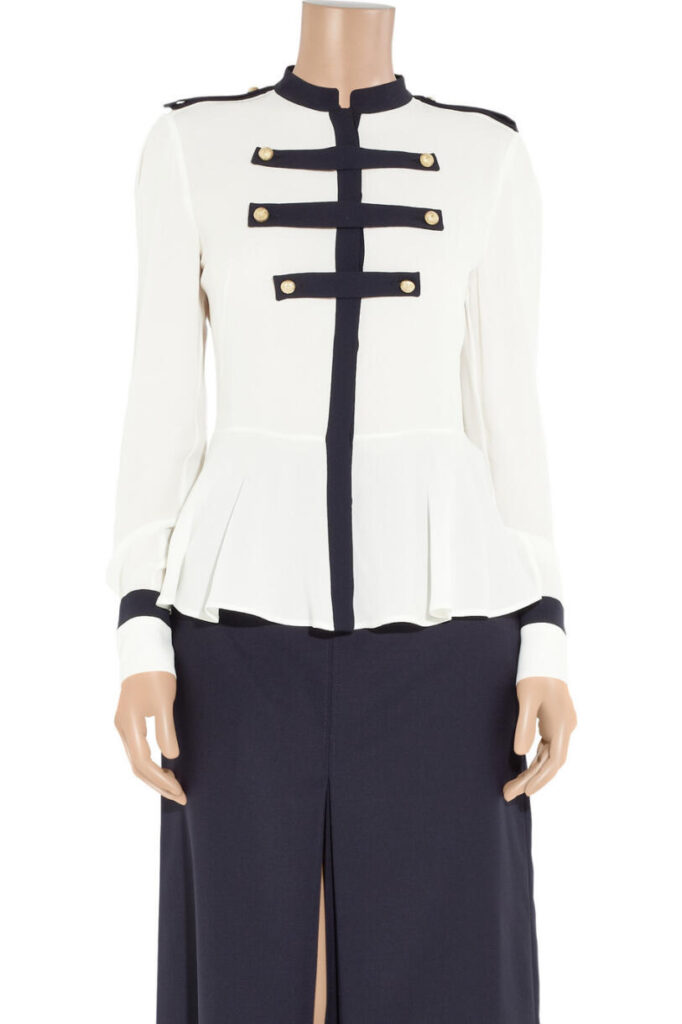 Kate previously wore the silk blouse to Birmingham shortly after her wedding to Prince William in the summer of 2011 and again in 2014 at Bletchley Park; she was last spotted in the georgette navy and cream shirt in 2016. 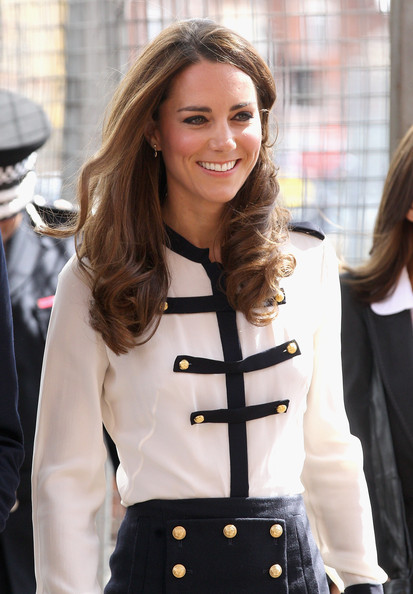 She finished the look with what appears to be new navy Gianvito Rossi 85 pumps (ID Middleton Maven). 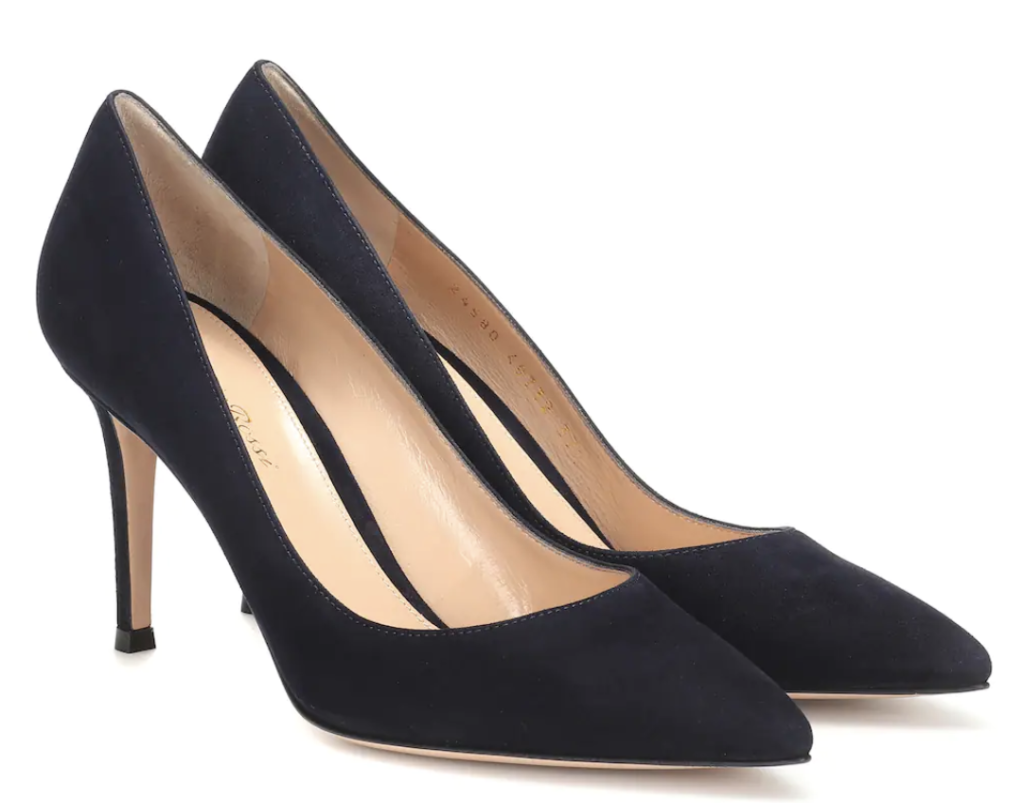 And the future Queen consort completed the sophisticated ensemble with a poppy brooch and her sapphire earrings.