On Friday May 5th, 2018, Meghan Markle was spotted leaving Heartcore Fitness Studios in London. The boutique gym boasts pilates reformer, TRX and barre classes. Meghan, a fan of yoga, is likely taking one of the power or restore group classes and may also have a private trainer or instructor at the fitness facility.

Meghan was accompanied by a bodyguard and was seen carrying a cellphone, bottled water and a beige umbrella due to rain. She was also wearing her engagement ring. With less than two weeks before the May 19th royal wedding, Meghan is likely getting in last minute workouts in between dress fittings, appointments and planning.

Heartcore is known for ambiance and comfort and many of their studios include decorative items like plants and pillows. Interestingly, Stephanie Pratt a star of the show Made in Chelsea works out at Heartcore and loves the dynamic pilates classes and one of Meghan’s good friends, Millie Mackintosh, stars in the same reality program.

On this outing away from Kensington Palace, Meghan opted for a JCrew Black Excursion Puffer Vest ($120) which is currently sold out. She wore the vest on top of a plain black long sleeve workout shirt. For workout leggings, Meghan was seen wearing Adidas Supernova Ink Blue Mesh Climacool tights which are also sold out but available in black ($75). She also slipped on some sneakers–a classic pair of old school Nike shoes called the Classic Cortez Two Tone Sneaker ($70) with a platform, round toe and signature swoosh on the side.

To keep her hair from being soaked in the wet weather she wore a Group by Babaton Mendieta Slouchy Hat ($35) which looks a lot like the beanies she wore when first being photographed with Prince Harry on the streets of London. She finished the look with Ray-Ban Gold Aviator Classic Sunglasses ($153). 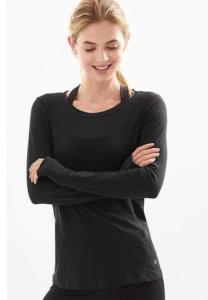 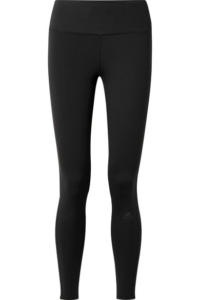 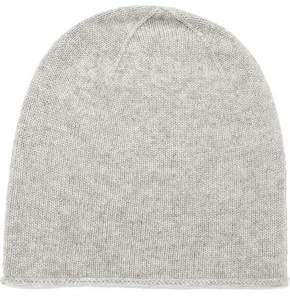