The official royal wedding photos have been released and they’re magical.

With a wide-grinning Prince Harry and a beaming Meghan Markle (now the Duchess of Sussex), the royal wedding photographs taken by Alexi Lubomirski, a protege of Mario Testino, look simply stunning. Captured in nearly identical poses to the royal wedding photographs taken of the Duke and Duchess of Cambridge on their wedding day, the official portraits are filled with little smiles and a warm expression by the Queen.

Further adding to the fun is the Duchess of Cambridge with little Princess Charlotte sitting perched on her lap as well as Prince George with a larger-than-life grin. The photographs also show the Prince of Wales, the Duchess of Cornwall as well as the bride’s mother, Doria Ragland.

Adding to the whimsy and amping up the cute factor were the page boys and bridesmaids with their floral headbands who were outfitted in Givenchy Haute Couture by Clare Waight Keller. The girls’ high waisted dresses were made of ivory silk with puffed sleeves and double silk ribbon bows at the back. The boys wore frockcoats made by Dege and Skinner in Savile Row which were miniature versions of Prince Harry’s coat. 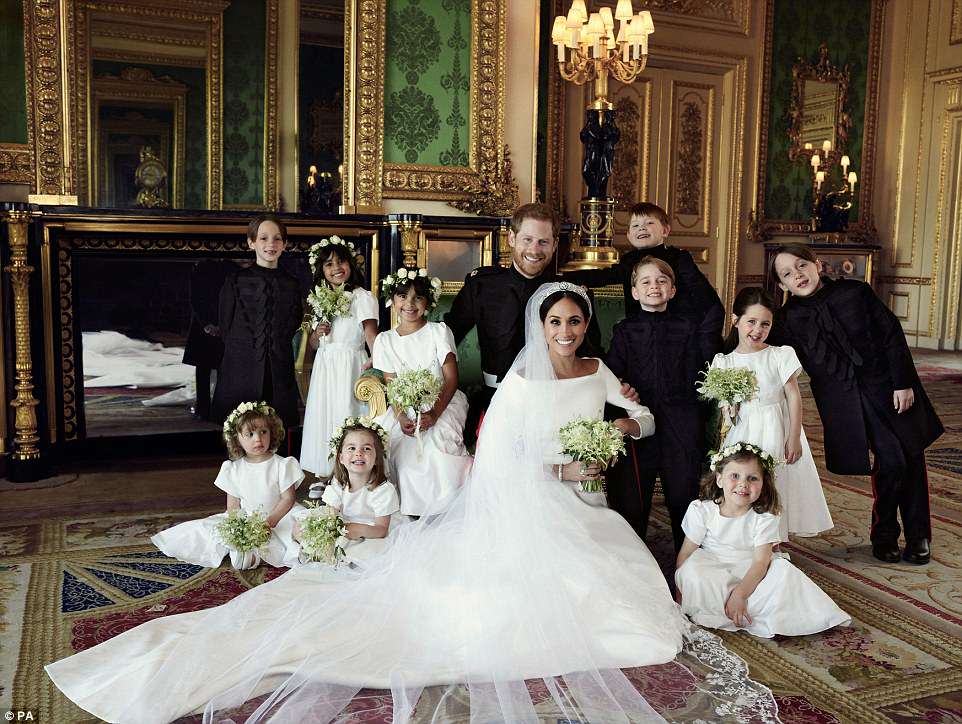 Not only are their family portraits but their is another black and white image of the couple looking deeply in love and happy on the steps of Windsor Castle’s East Terrace. 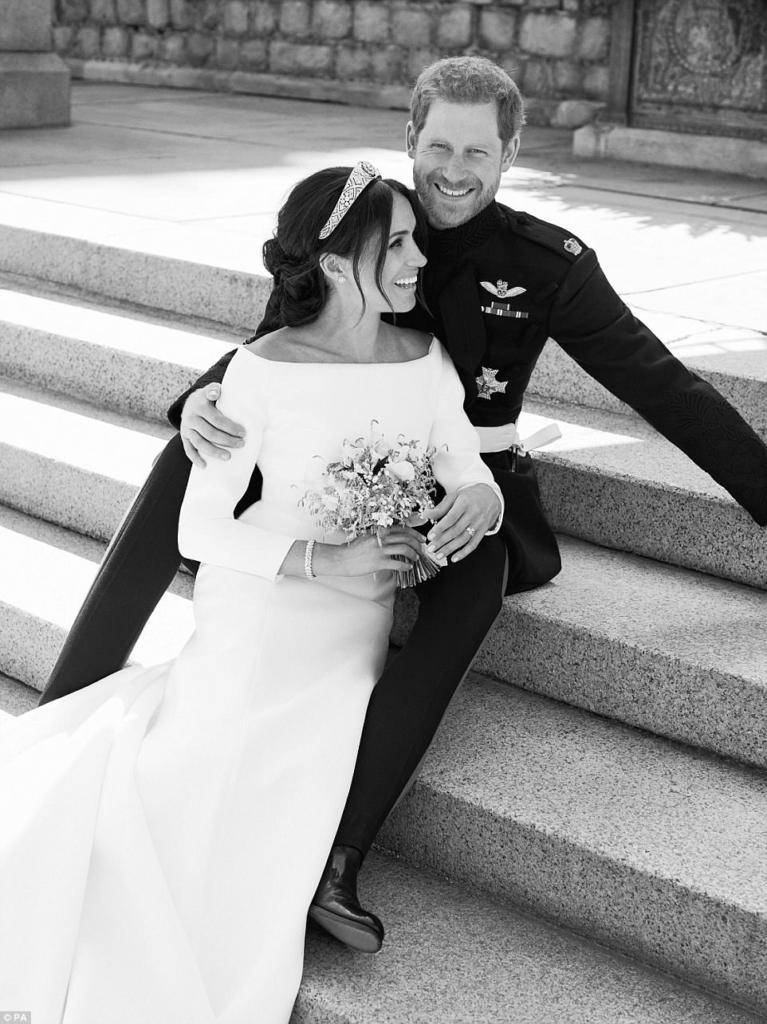 The new wedding album marks a trend toward more modern and less traditional photos. As earlier portraits while highly formal and failed to show the jovial spirit of a young couple on their wedding day filled with joy and hope for the future.

The photos, taken following the carriage procession in the Green Drawing Room at Windsor are indeed a major departure for the ‘Firm’ from the past but they also usher in a new era of modern royal life with Prince Harry and Meghan Markle leading the way.