While the Duchess of Sussex was no stranger to the fashion world prior to meeting her Prince, she did have a wardrobe full of refined, elegant and outfits at her disposal thanks to her role on the USA Network television show Suits. While Meghan didn’t exactly own her Rachel Zane closet, she’s likely to have played a part in dressing her character and may even have given the wardrobe department feedback on favorite designers, styles and beloved brands.

It’s no wonder then that Meghan would want to incorporate Rachel into her royal rolodex.

Clearly the Duchess of Sussex looks smart and stylish in belted pencil skirts, so it’s no wonder she chose a similar style for Prince Louis’ baptism as she did for a scene on Suits. The duchess also added similar pointed pumps in different colors. Get a similar skirt look.

The Duchess of Sussex looks smashing in dark forest green shades. She’s partial to the color and knows it accentuates her dark hair and deep brown eyes. In fact, she’s so keen on the color that she’s worn ivy green in her Parosh engagement dress and twice in Ireland. It makes sense as Meghan is likely showing a bit of sartorial diplomacy in matching her green clothing to the Emerald Isle. Try the skirt style. 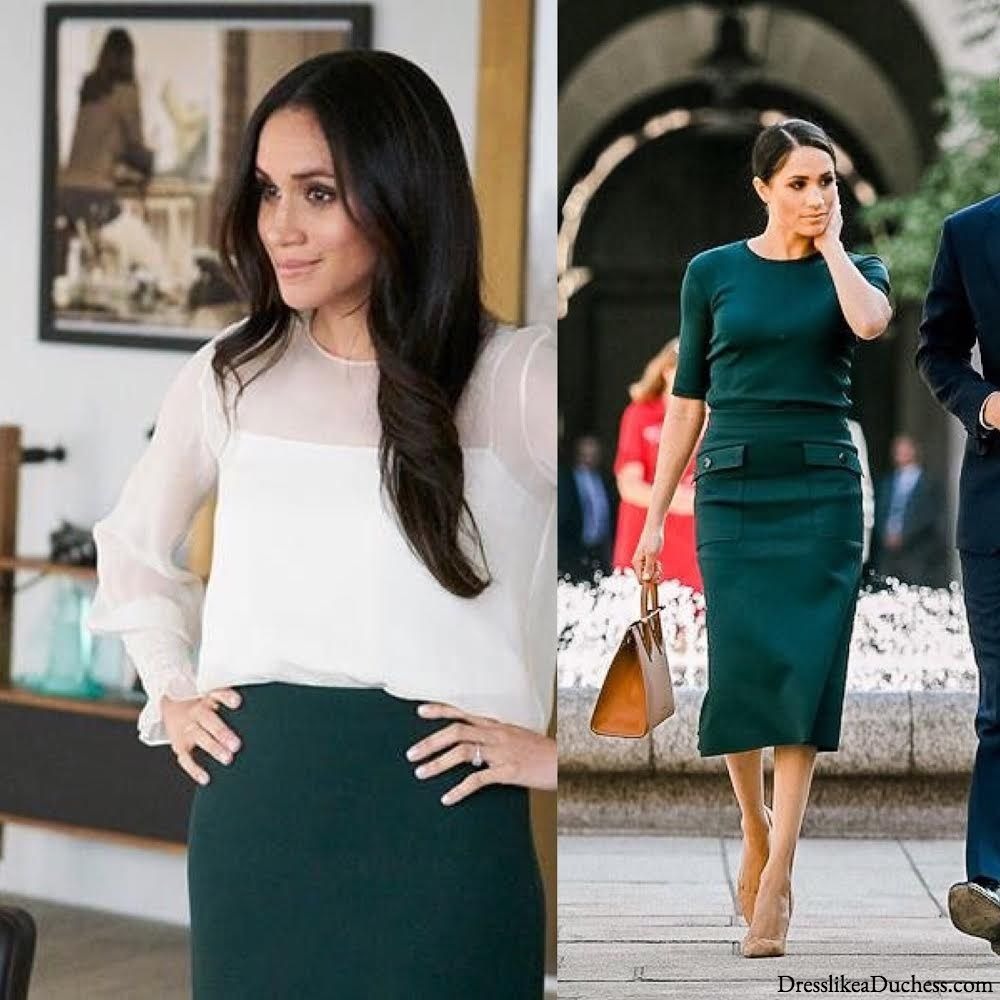 The Duchess of Sussex has grown quite fond of pastel shades much like her sister-in-law Kate Middleton since she’s officially become a member of the Windsor Wives club. And one of her favorite pastel colors is a soft shade of blush. Many have speculated that Meghan loves the rosy color as it’s ultra-feminine and also a close cousin to beige, giving Meghan a chance to wear something neutral but still girly. Mimic meghan in a similar pink look. 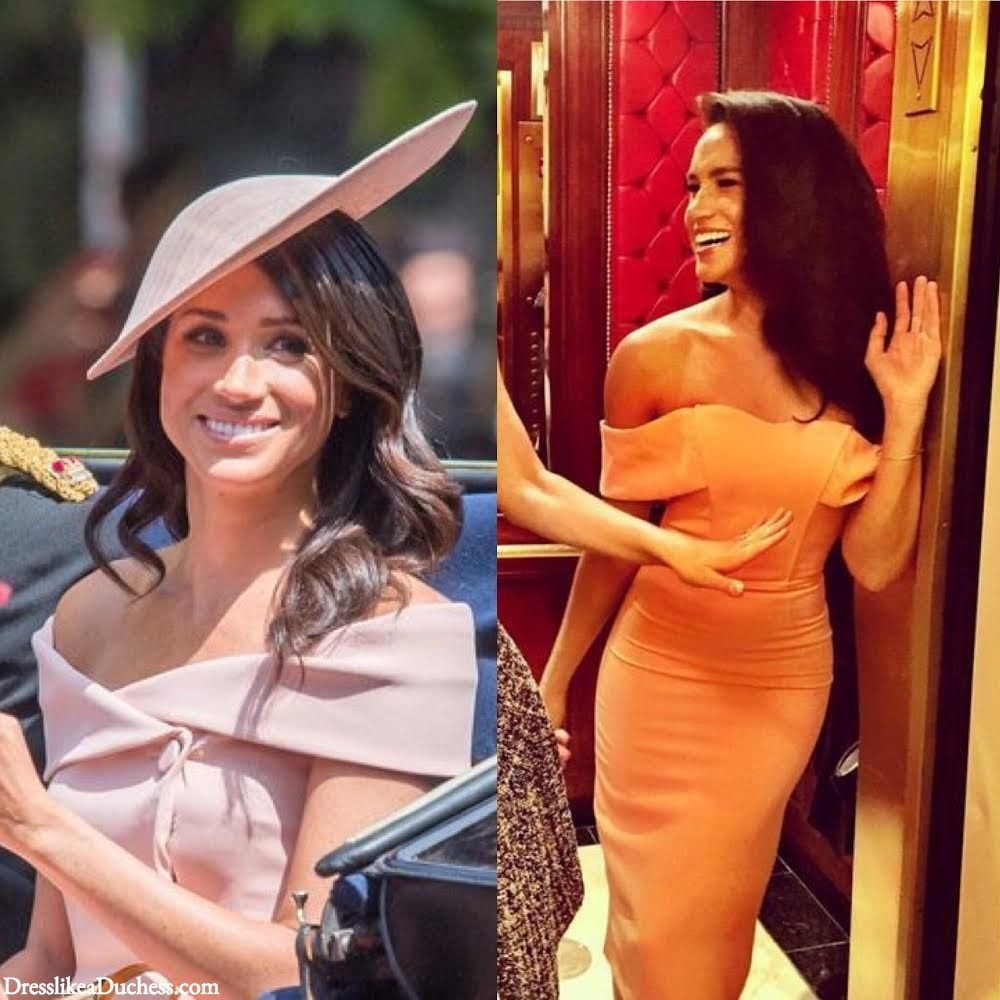 5. Menswear Gets a Meghan Makeover

The Duchess of Sussex pulls off a button down shirt with aplomb. While casual and cool, this sexy untucked shirt style is very modern without trying too hard. Meghan has long been a fan of androgynous styles and loves a good tailored men’s suit, tuxedo or gray button down. Try the classic menswear shirt style.

It’s surprising that Meghan’s large collection of pencil skirts on Suits didn’t have their own fan club. Meghan’s character Rachel Zane lived in fitted girl boss skirts. Some have even dubbed her a ‘Pencil Skirt Icon.’ So, it’s no wonder that Meghan took notes from her paralegal character’s wardrobe and rocked a dark forest Givenchy green pencil skirt in Ireland. Waist whittling and curve-hugging, Meghan is bringing the slim skirts back into vogue. Try Meghan’s skirt style.

The Duchess of Sussex loves dresses with a little flair. In fact, she’s never been one to shy away from ruffles, embellishments and fun, sculptural styles. On Suits, she wore slate colored dresses with a bit of ruching and pleating. Now, as a duchess, she continues to wear styles with fun draping details like this Roland Mouret gray dress in Dublin. Try on the style.

The Duchess of Sussex is now incorporating plaid styles into her wardrobe and some are even an homage to her father-in-law. She donned Prince of Wales check or glen plaid by Theory for a trip to Cardiff, Wales with her then soon-to-be husband. But let’s not forget that Meghan already had worn plaid in the past and even appeared in a similar gray robe for a romantic scene on Suits. Get the plaid off-the-shoulder style.