Duchess of Cambridge in Catherine Walker at Crathie Kirk

The Duchess of Cambridge and kin recently returned from a rumored family vacation to Mustique in the Caribbean. While this trip was the first trip as a family of five, the Cambridge crew wasn’t done with summer vacations as they currently are spending time with the Queen and Prince Philip at their Scottish highlands holiday home, Balmoral Castle. The duchess was photographed on the way to Sunday church services at Crathie Kirk in a Bentley riding next to the Queen. In a few photographs it even appeared as though Kate might have a blue fleece blanket draped across her legs in the car in addition to carrying black gloves. Reports suggest the Scottish weather is already turning towards fall temperatures and becoming a bit rainy with temperatures around 50 degrees Fahrenheit.

While Kate’s kids were not photographed, Prince William sat in the front seat of the car on the way to services and the group was joined by the Wessex family, Prince Charles and Princess Anne as well as their spouses. Prince Harry and Duchess Meghan did not join the royal family for this outing.

For this occasion, the duchess wore a bespoke Catherine Walker houndstooth style gray coat with what appears to be black velvet trimmed buttons. The tweed gray dress coat has a peter pan collar and matching round buttons. We assume the duchess wore black tights and black suede pumps with this ensemble. Perhaps, her beloved  Gianvito Rossi black suede pumps which she owns in four pairs? 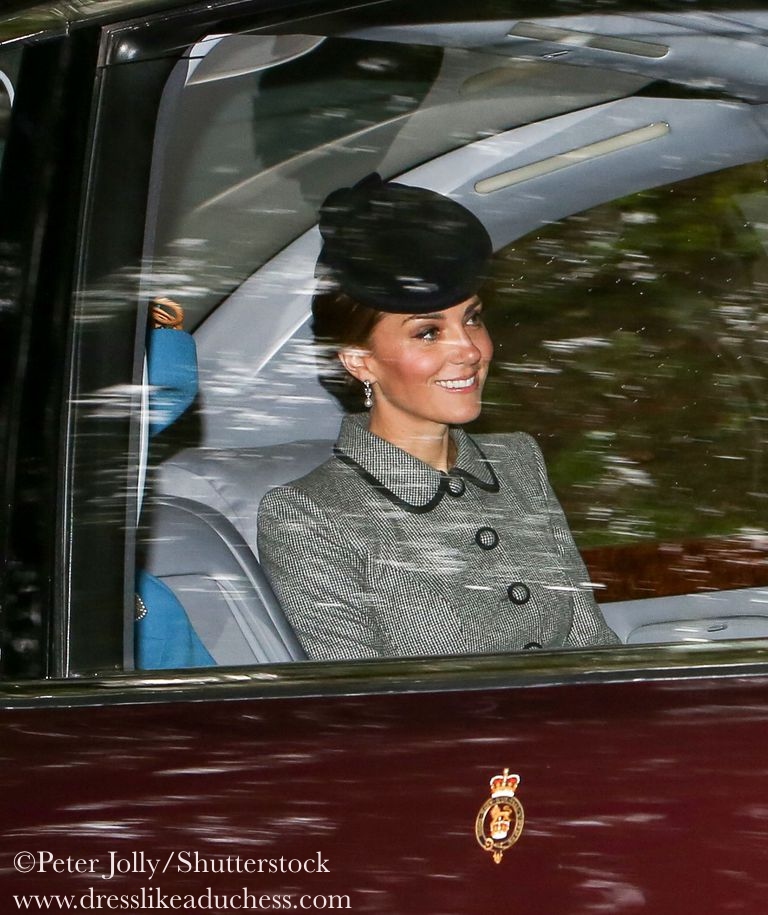 The fall-friendly custom gray and black dress coat is a creation inspired by the white and black trimmed Liza coat by Catherine Walker. 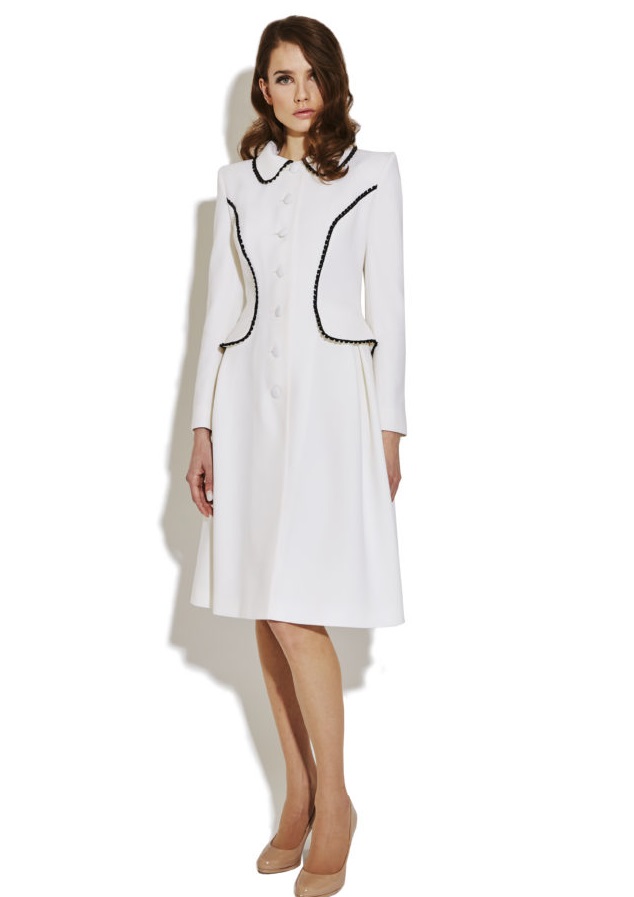 The duchess finished her ensemble with a new black hat which is strikingly similar to the navy chapeau by Lock and Co. that she wore for a service honoring the 75th anniversary of the RAF cadets in 2016. 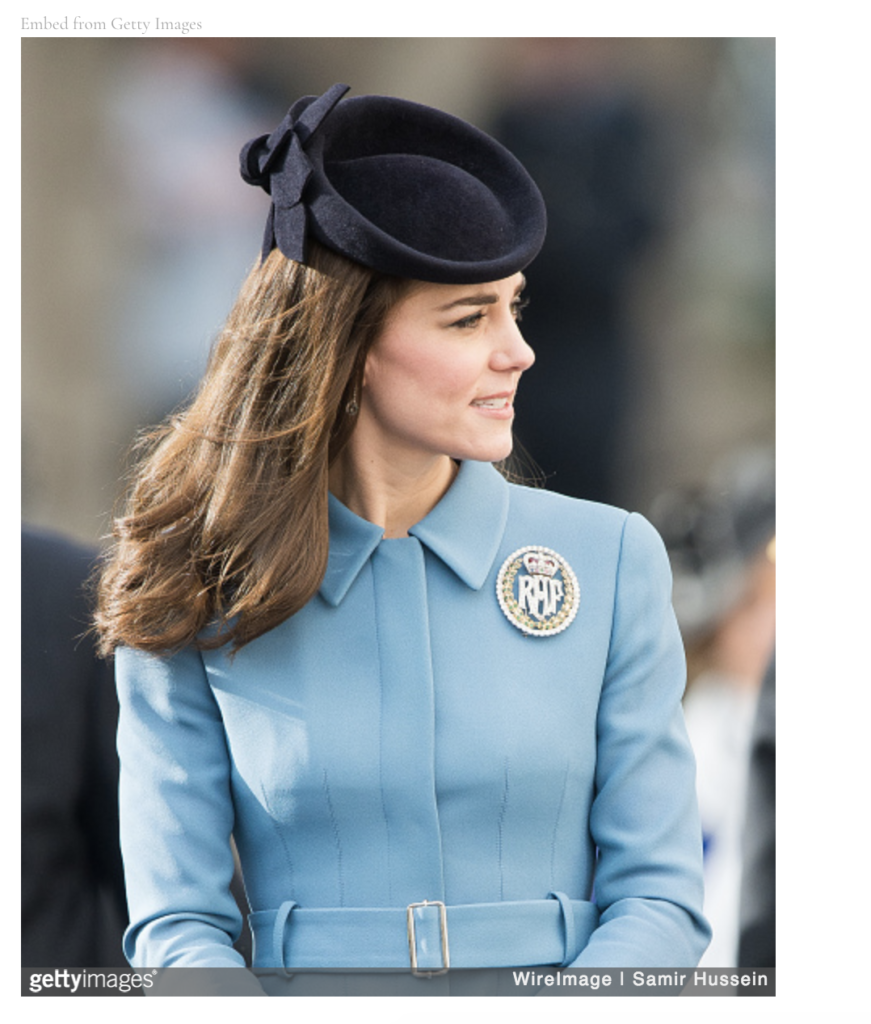 The duchess also added a little bling to her look with the Queen’s Bahrain Pearl and Diamond Drop Earrings. 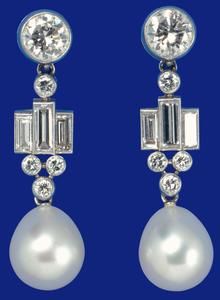