From heading to workout class in Canada to shopping for flowers near Kensington Palace, Duchess Meghan has always known the power of a parka. The former actress has become devoted to British luxury brand Barbour over the years and is often spotted in the brand’s iconic coats. And it’s no surprise that the mom of one favors the country chic toppers as the Queen is also a devoted fan along with the Duchess of Cambridge. Princess Diana once sported a long raincoat from the company which is still headquartered in South Shields in the North East of England. With Meghan’s style seal of approval, Barbour has recently garnered a slew of new fans across the world.

In a Barbour Durham waxed winter jacket, the California born blogger was spotted buying flowers on February 6th, 2017 in London–just a week before Valentine’s Day. The brunette beauty was wearing the hooded wax coat and Hunter original tall rain boots along with her Goyard PM tote for a little shopping away from her palace love nest with the prince. Unfazed by the sudden intrusion of paparazzi on her daily strolls to yoga class, Meghan showed off her streetwear style skills with a J.Crew striped boatneck top, Under Armour Coldgear Cozy Leggings and a sleek Barbour Gustnado waterproof jacket–perfect for braving a frenzy of flashbulbs or fresh flurries. 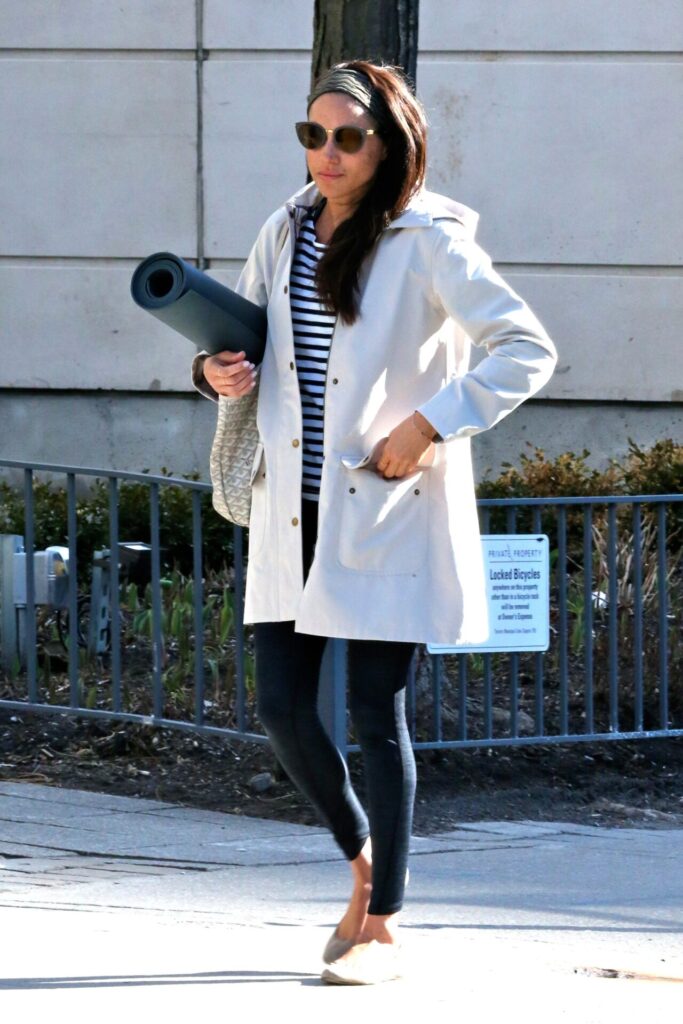 In a dark blue quilted calvary jacket by Barbour the future duchess looked chic on the streets of Toronto on her way to yoga carrying her beloved B Yoga B Mat. Paired with Under Armour Heatgear black capri leggings and Stella McCartney Parley sneakers — the fitness fashionista was ready to reign. 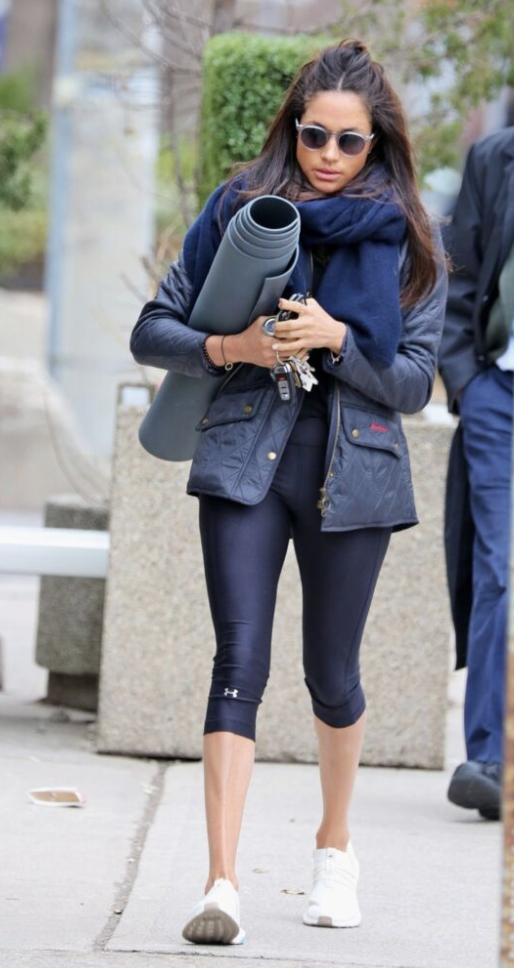 Just in from Jamaica

In March 2017, the Suits star had just returned from a romantic romp with her ginger-haired heartthrob in Jamaica for a wedding. For the outing, Meghan opted for a Barbour Epler Faux Fur trim waterproof parka in seaweed green which she wore with Coach Riding Boots called the Natale. The coat would reappear in January 2020 when Meghan opted to wear the Barbour Beacon branded coat for boarding a seaplane to Vancouver. 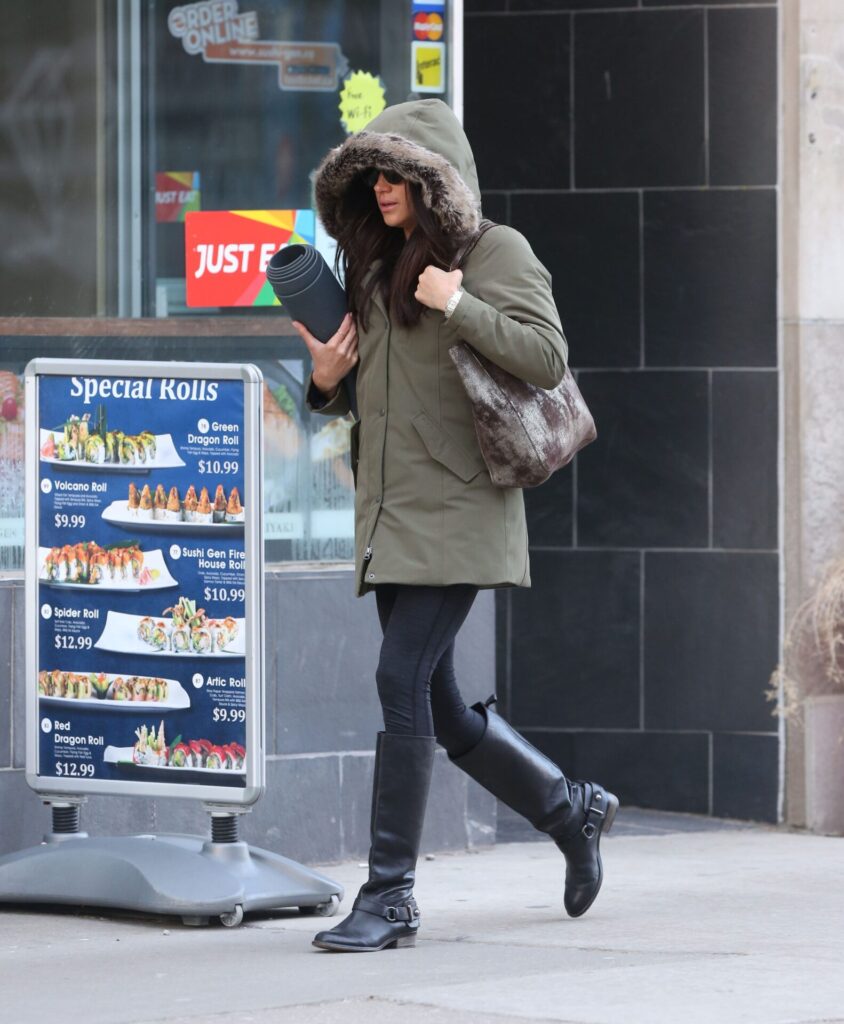