The Duke and Duchess completed a harrowing number of 76 engagements on the royal tour and Meghan seemed particularly valiant in coping with the grueling schedule in the first months of pregnancy. During the days of outings, activities and events, the Duchess of Sussex wore 41 outfits. And she managed to pull off looking engaged and energized at each tour stop–an impressive feat for anyone who feels jet lagged and sleepy after a one hour domestic flight with no reporters, press and public watching their every move.

For Meghan’s final outfit grouping, she went for classic pieces from her wedding dress designers opting for a navy palette. The couple were in Rotorua for the last day of their epic tour and they were treated to traditional Maori ceremonies. Meghan was outfitted in a feathered cloak to protect and envelop her and her unborn child with strength, warmth and love.

For this occasion, the duchess wore a navy asymmetric crepe dress by Stella McCartney. The bespoke creation was made just for Meghan and shares similar elements to some of the British designer’s other dresses. 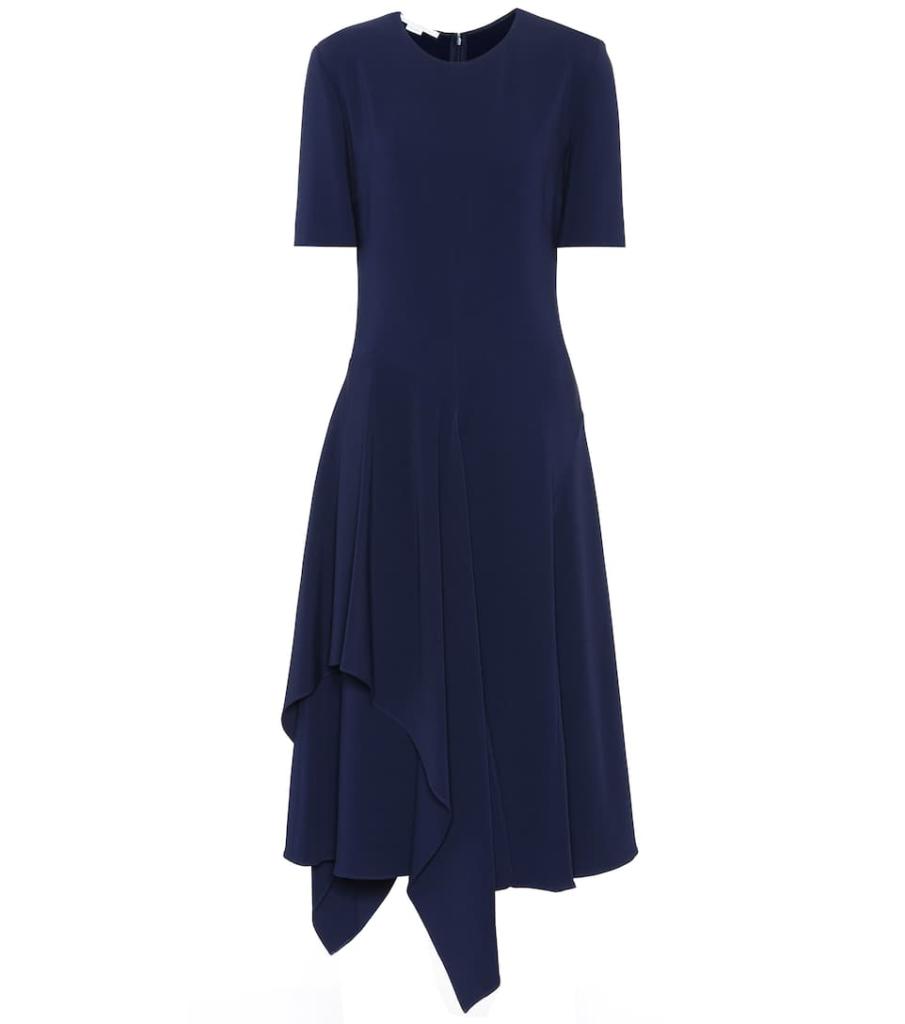 Meghan also wore her Manolo Blahnik BB Navy Suede pumps that she wore throughout the tour. 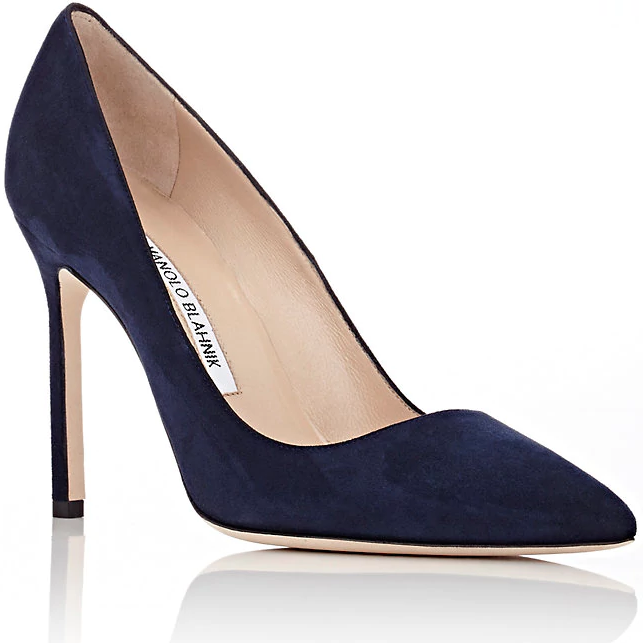 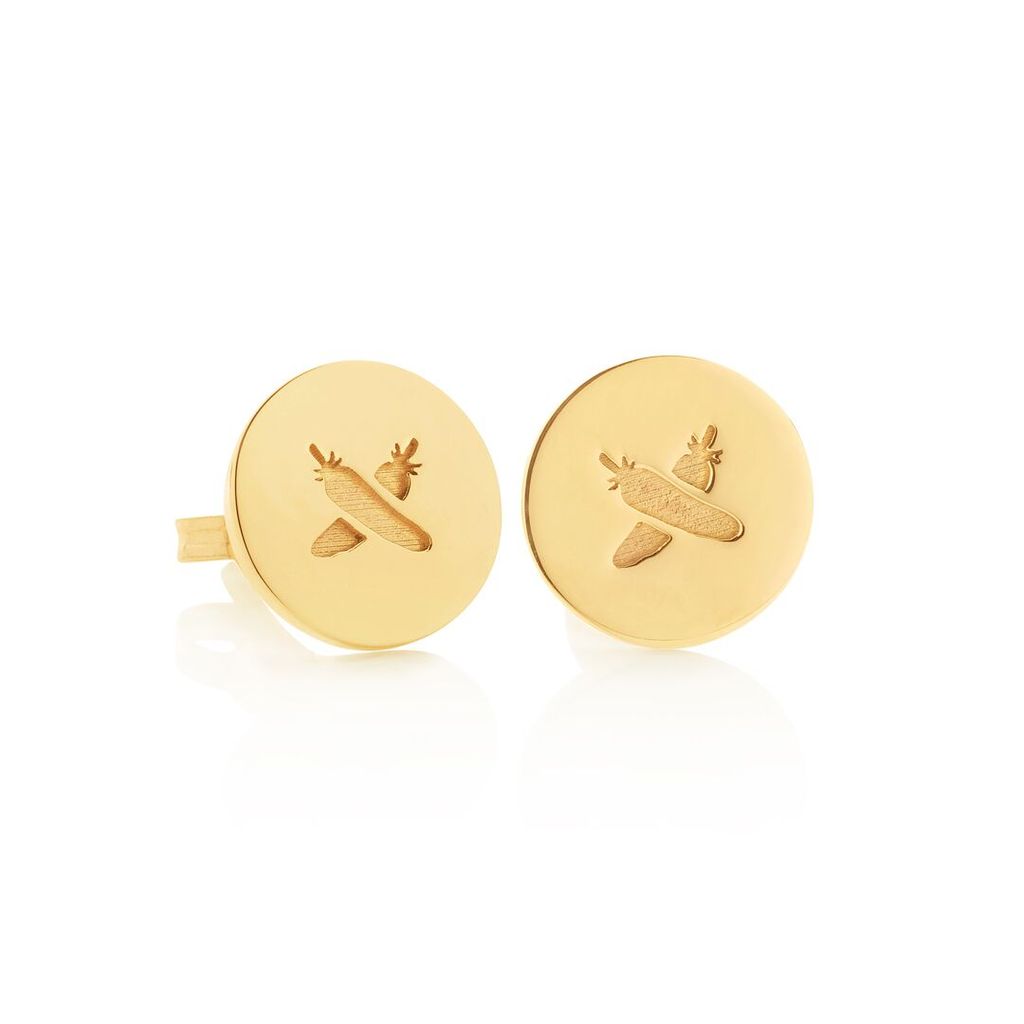 And she finished her daytime look with a Pounamu Kouma necklace crafted by leading Maori designer Kiri Nathan and carved by Jason Nathan.

The Kouma represents Strength, Integrity & Authority. Pounamu is traditionally handed down as a valued heirloom or given as a gift to affirm relationships, peace, love and safe journeys. 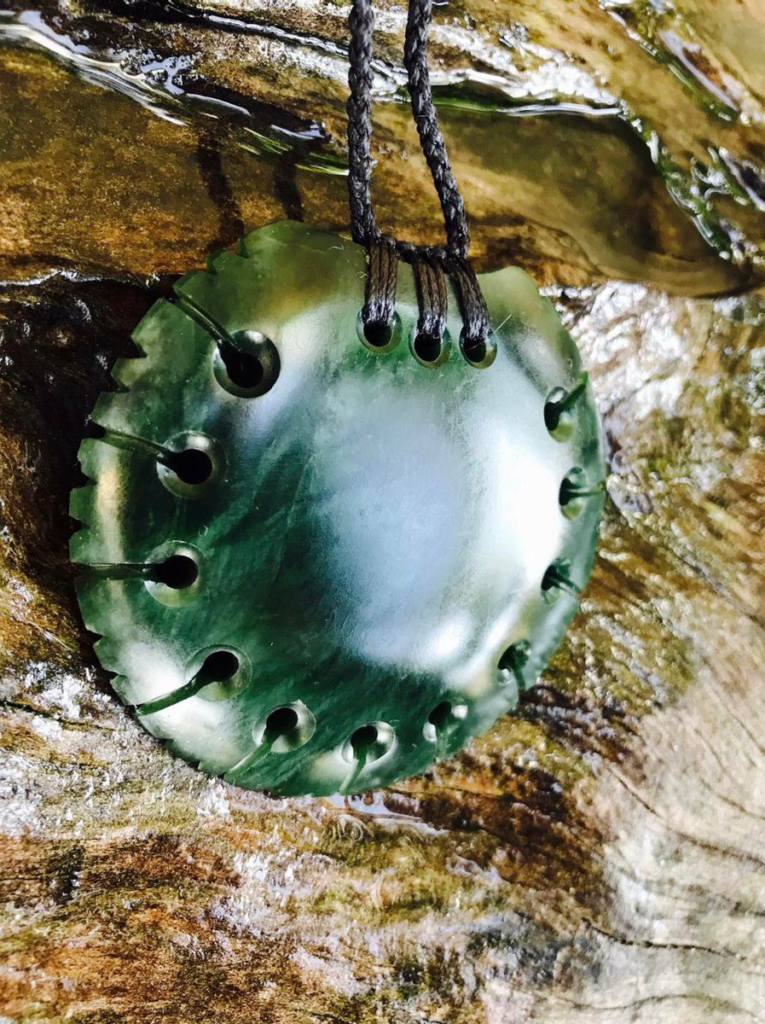 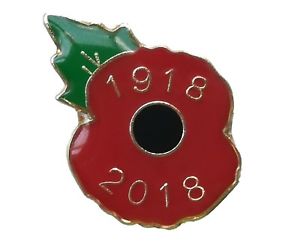 For their second stop of the day, the royals headed to the National Kiwi Hatchery at Rainbow Springs to learn more about the endangered Kiwi bird population and to name two little kiwi chicks. The couple gave a pair 3-day-old kiwi chicks indigenous Maori names: “Koha” meaning “gift” and “Tihei” meaning “sneeze,” from the Maori saying “tihei mauri ora” meaning “the sneeze of life.”

Then Harry and Meghan went for a walkabout in the town center of Rotorua at the Government Gardens. The Duchess opted for Givenchy separates and selected an indigo blue top and pleated woven skirt with an optical illusion which created camera strobing and the appearance of being see-through or sheer. 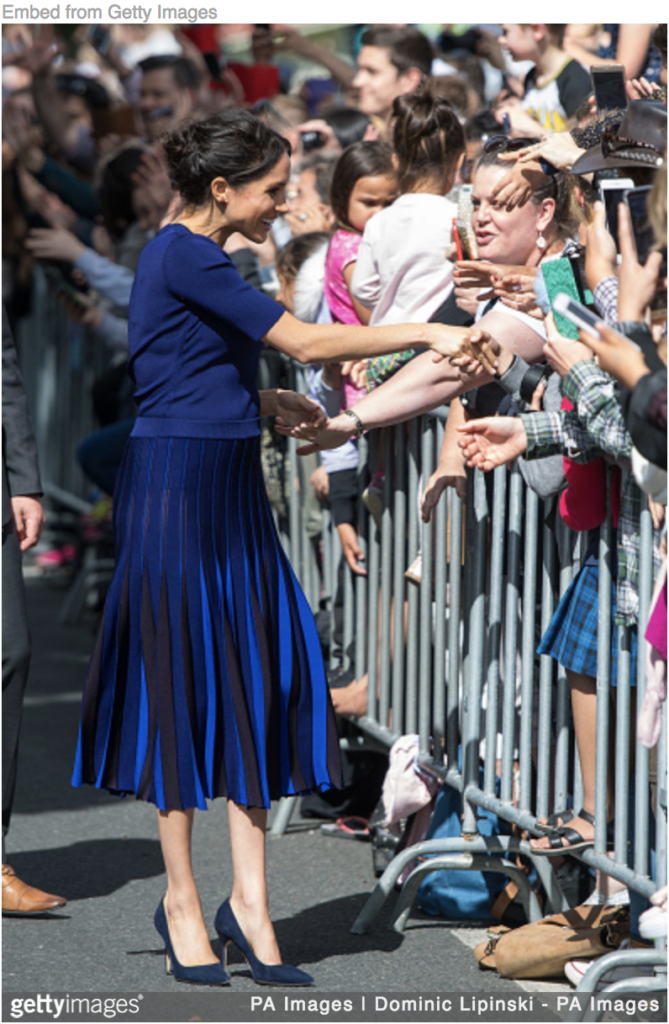 A better look at the multi-tonal stripes of the pleated midi skirt. 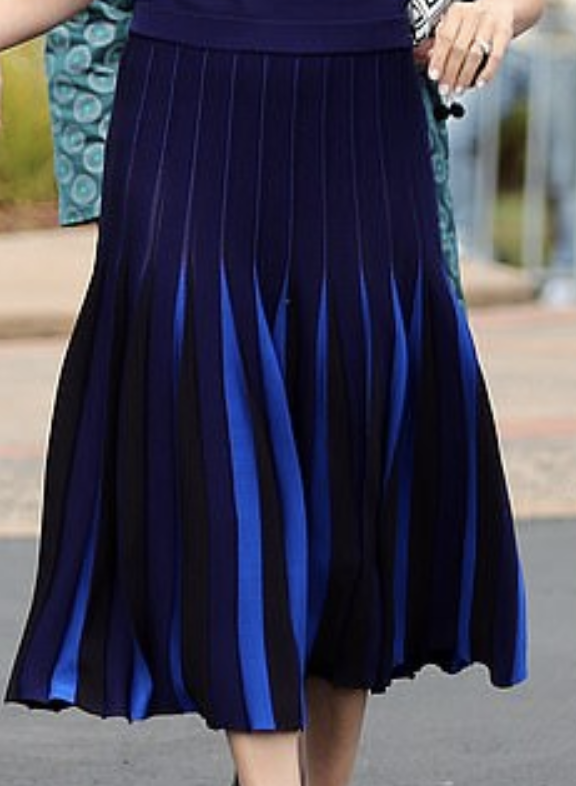 For the final engagement of the tour, Harry and Meghan went for some forrest bathing and spent time enjoying the great outdoors.

The couple visited Redwoods Treewalk Rotorua where they had some fun on suspension bridges and took a few walks around the grounds.

For this outing, the duchess went for casual and comfortable. She wore the Men’s Oslo Lightweight Down Jacket–Meghan borrowed Prince Harry’s jacket from one of their earlier outings. 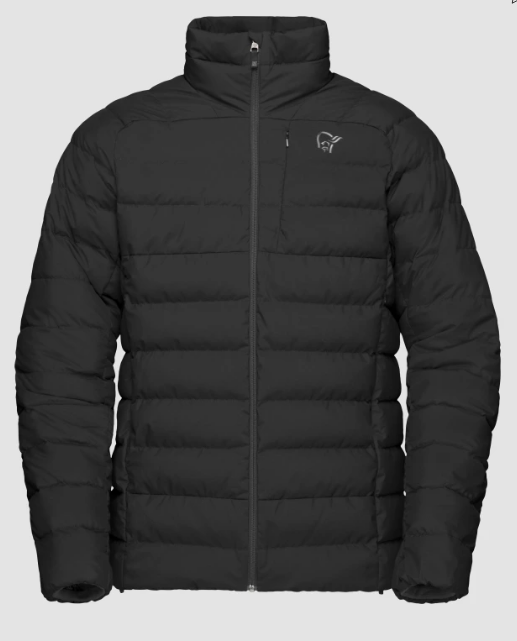 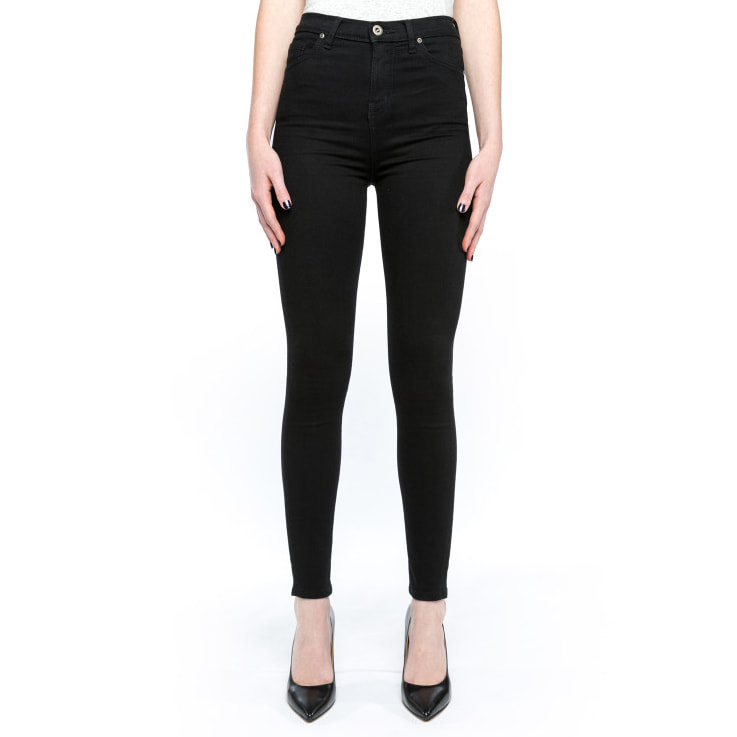 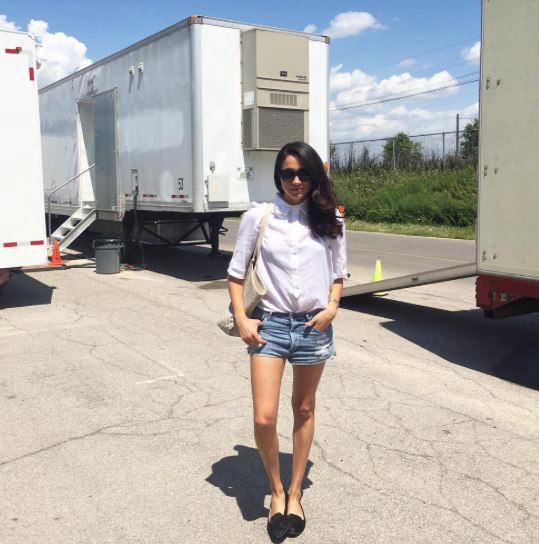