All the Details on Meghan Markle’s Tea and Truffle Style

The Duchess of Sussex is not only living in England but she’s embracing British culture and has been enjoying high tea with a few friends as well as adding the brewed beverage to her pregnancy drink menu. But the brunette beauty is not new to tea parties and finger sandwiches–in fact, on her old Instagram she frequently posted her tea escapades and showed off beloved pots and mugs. Plus, Meghan made appearances at events celebrating the delicious drink.

In recent news, the royal mom-to-be’s wedding makeup artist Daniel Martin posted a picture of Sunday brunch with Meghan including a delicious spread of avocado toast and chocolate truffles. 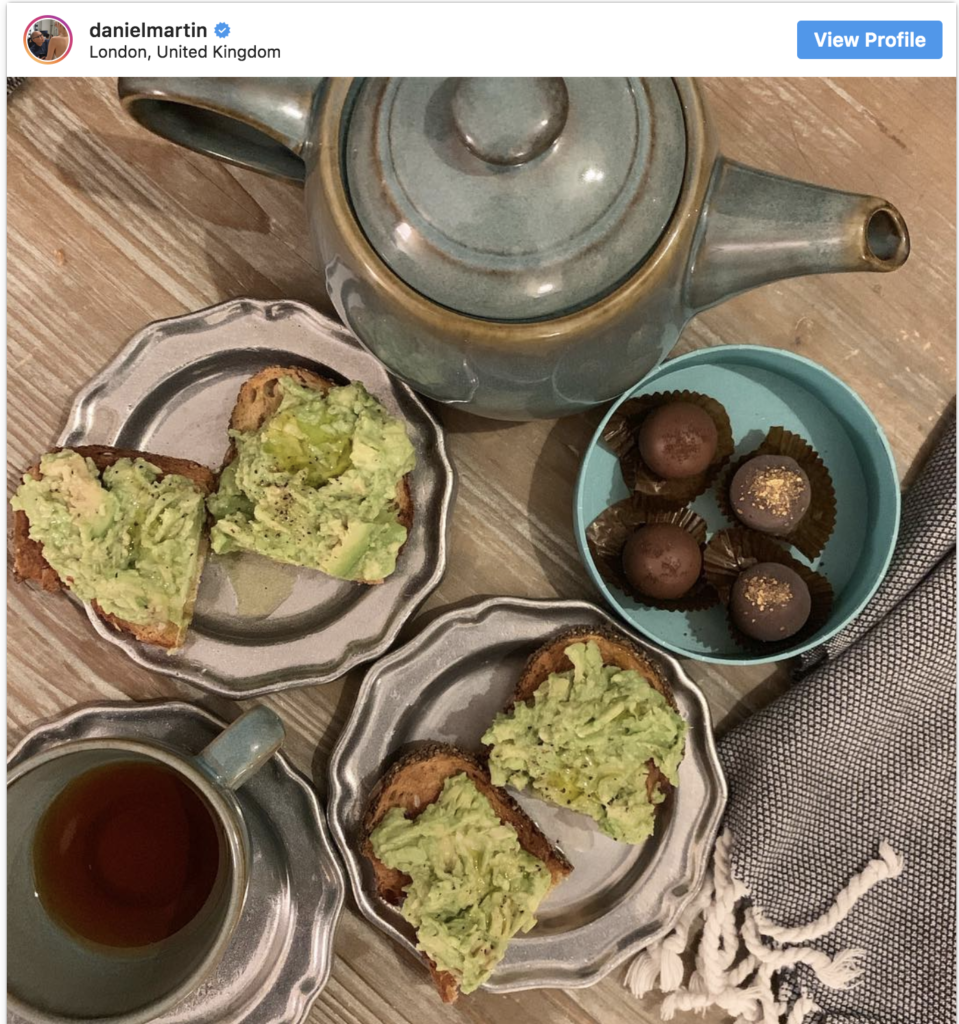 The yummy avocado toast looks to be sprinkled with oil and pepper while Meghan’s tea was served in a SoHo home stoneware set. 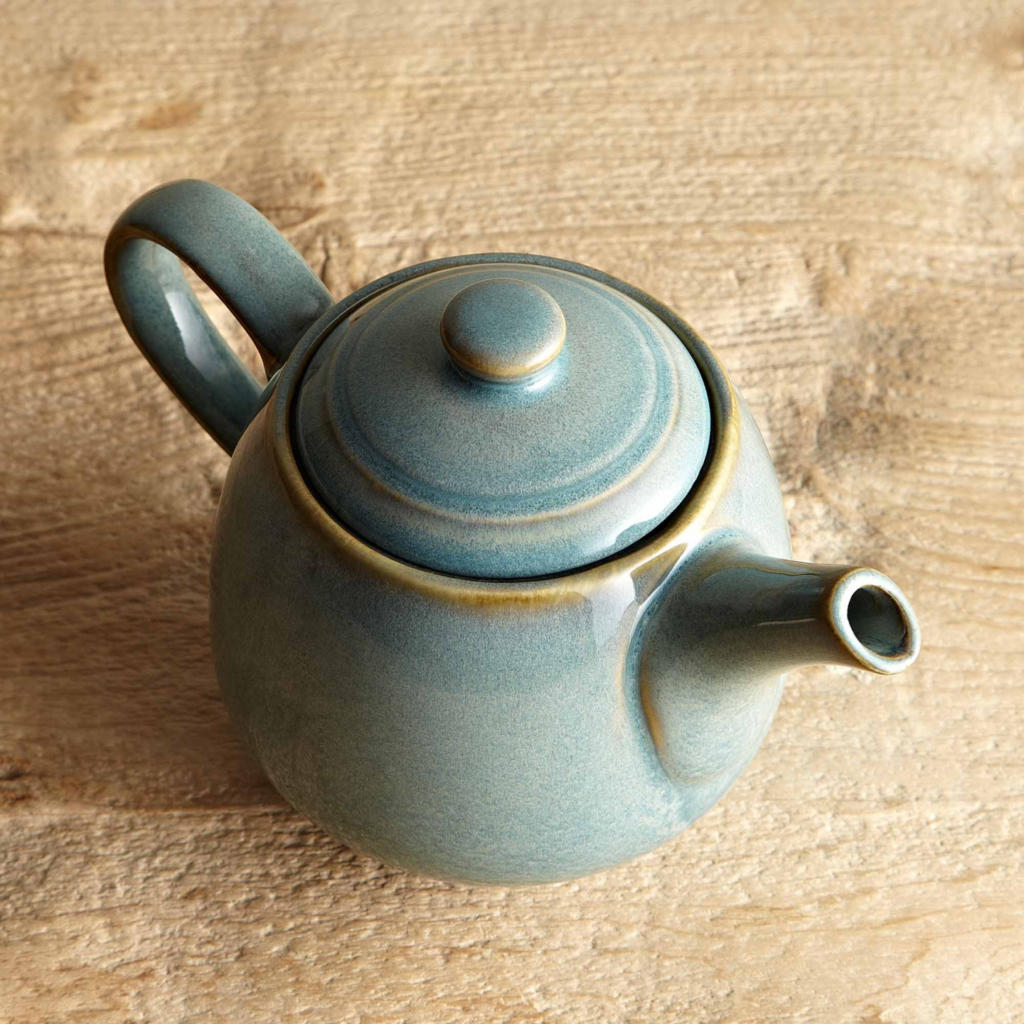 It’s no surprise that Daniel would want to highlight the spread as Meghan being a foodie herself frequently used to post her meal making skills on Instagram. 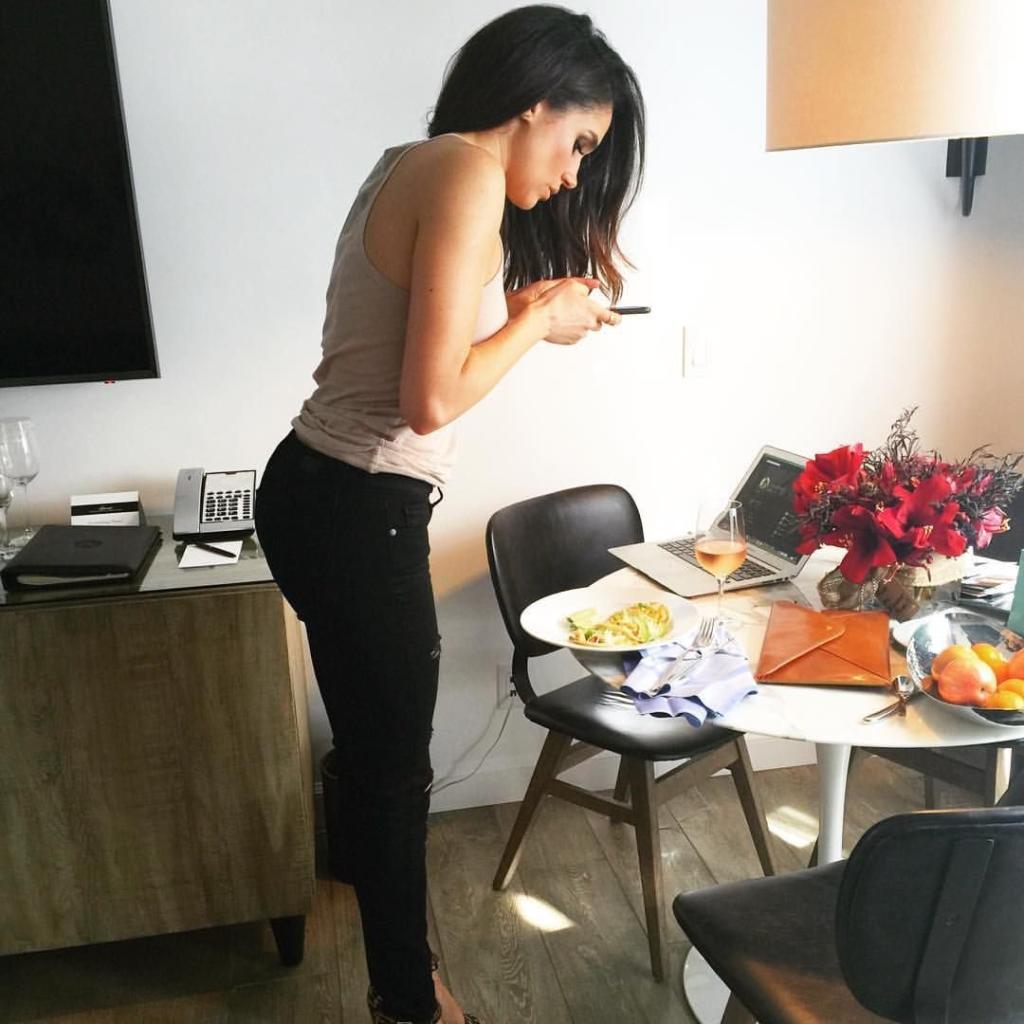 And in particular, this isn’t the first time Meghan has showcased her love of herbal tea–in fact, the duchess revealed she had a thing for Teapigs Liquorice and Peppermint tea (similar to friend Victoria Beckham) as well as a love of elephants with her tusked teapot on Instagram. As we noted in a previous post, Meghan and Harry are both very fond of elephants. 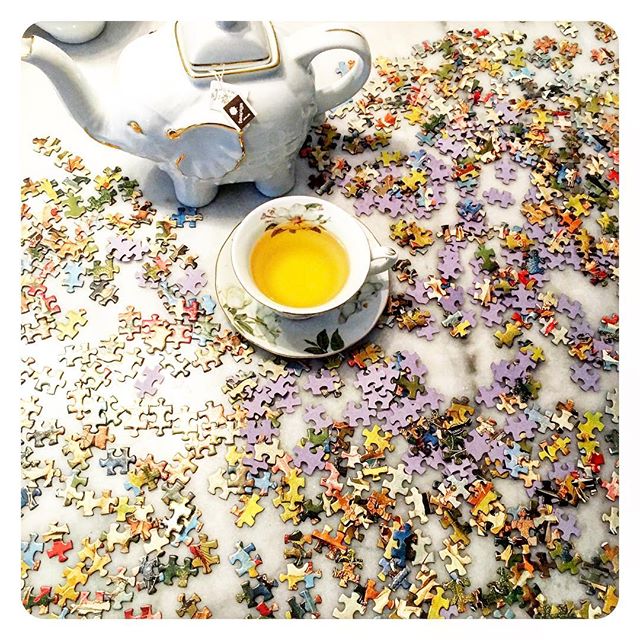 Not only did Meghan reveal a love of tea on her old social media accounts but the duchess also showed off her baking skills with homemade banana bread in Dubbo on the royal tour. The foodie and former blogger was even seen handing over a Fortnum & Mason Royal Blend English tea tin caddy to a local farmer.

And it may have been Meghan’s impeccable tea drinking skills that sealed the deal with Prince Harry. According to royal biographer Andrew Morton in Meghan: A Hollywood Princess, the former cable star visited Rose Tree Cottage in Pasadena, California for a tea “rehearsal” so she would be able to sit down with the Queen for a flawless first meeting and sip session. 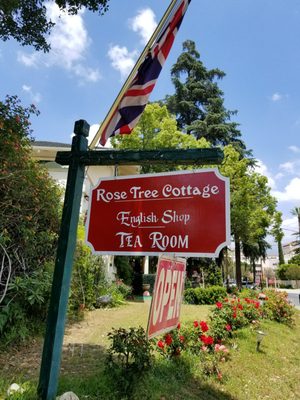 In his book, Morton describes how Meghan learned everything there is to know about afternoon tea at the quaint, British-inspired teahouse–like how to greet your fellow tea-drinker and how to hold one’s cup, according to tradition.

Meghan had a tea triumph as her engagement to Prince Harry was publicly announced shortly after her fateful meeting with the Queen.

These days Meghan has to avoid coffee and is likely becoming even more devoted to her favorite warm beverage–she recently sipped peppermint tea on a flight back to Canada and passed on coffee “because of the baby” on a recent royal engagement in Birkenhead. 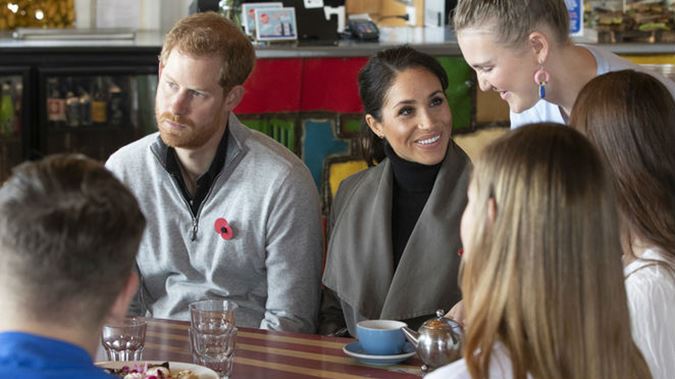 It’s also interesting to note the Meghan isn’t the only die-hard tea lover in the royal family as the Duchess of Cambridge recently celebrated her 37th birthday with a private tea party.