Never mind the midnight feedings and nappy changes, Prince Harry and Meghan Markle are adjusting to parenthood without so much as a pause in the action of their busy schedules. Indeed, since Archie’s welcome to the world Meghan has been determined to keep up with royal duties, friendships (See: Serena) and traveling.  As if that weren’t enough, the Sussexes are off to Africa next week for a royal tour. But today was all about celebrating with close pals at Misha Nonoo’s nuptials in Rome. The duke and duchess landed in the Italian capital but were not photographed at the Thursday night rehearsal dinner unlike pop singer Katy Perry and fiancé Orlando Bloom who did capture a bit of flashbulb furry. 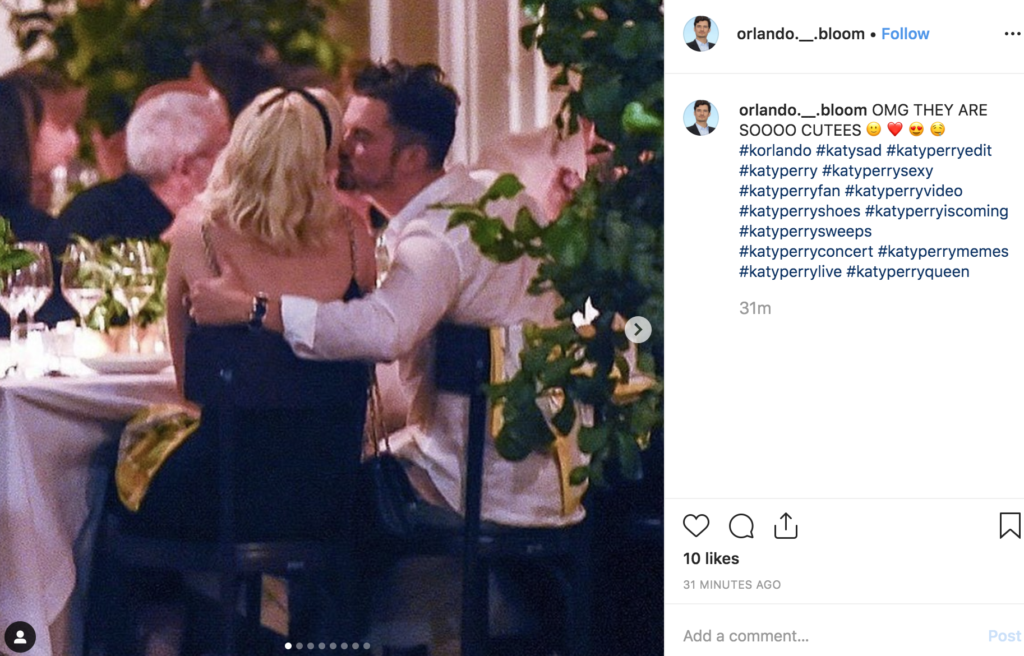 According to the Daily Beast, “The wedding kicks off with an intimate gala lunch Friday deep inside Rome’s Cinecittà film studios, where much of Federico Fellini’s 1950s film La Dolce Vita was shot.”

Meghan and Harry arrived at at Villa Aurelia today and were among other famous faces including Karlie Kloss, Ivanka Trump and Princes Beatrice and Eugenie. The nuptial ceremony will overlook Rome and guests will enjoy some of the best views of the city from Janiculum Hill. 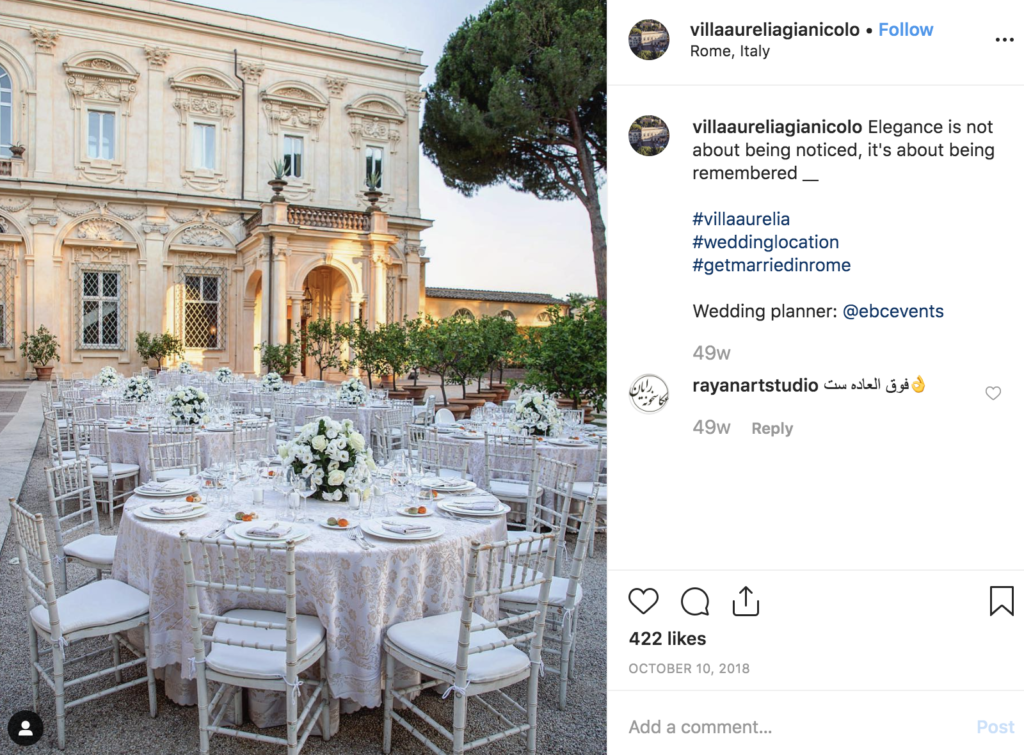 For the glamorous soiree, Meghan dressed in a beautiful Valentino puff sleeve embroidered tulle gown. The dress is somewhat reminiscent of a few other sheer sleeve black dresses worn by the duchess including her Jason Wu fit and flare style as well as her velvet trim Givenchy dress. However, this 13k design features semi-sheer tulle with spiraling embroidery as well as a surplice V-neckline and puffed three-quarter sleeves. 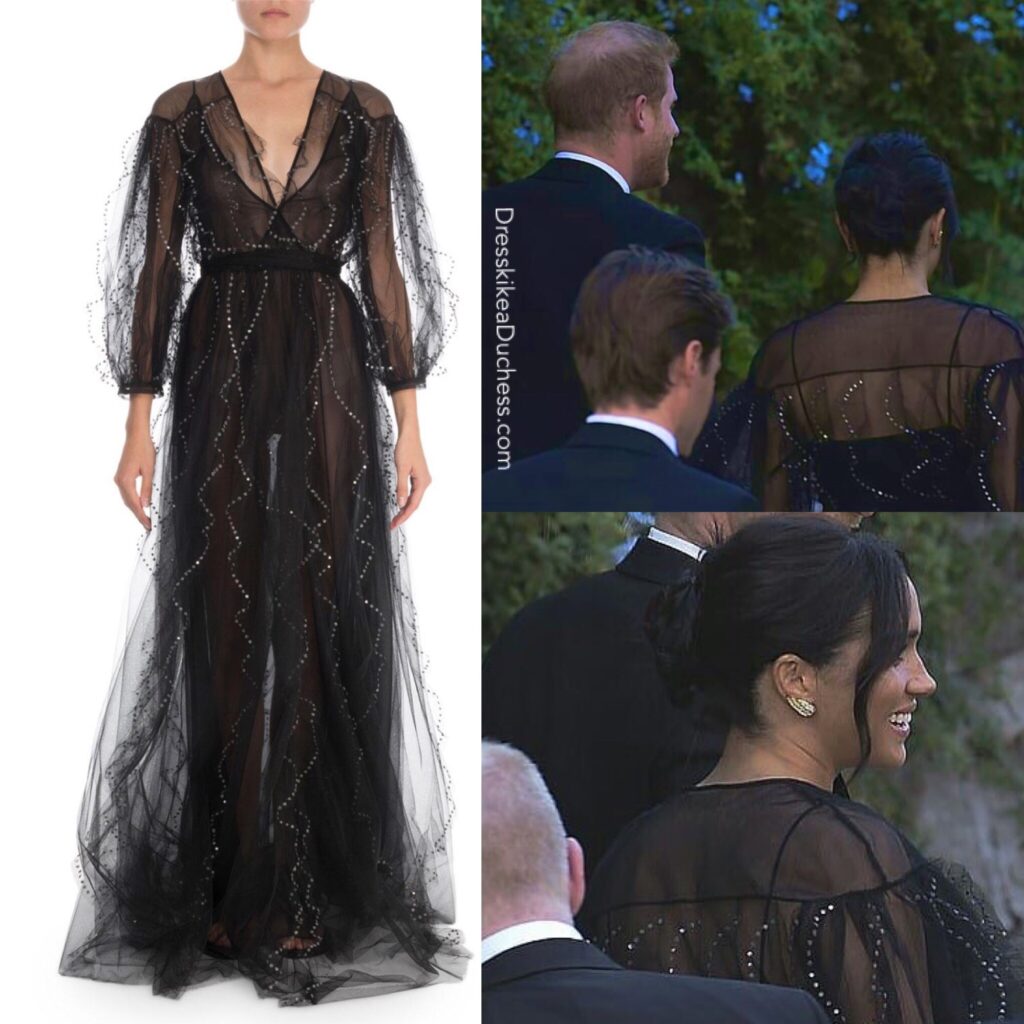 Meghan also wore a dazzling pair of stud earrings which have yet to be identified. For her her hairstyle, the new mom opted for a chic bun with loose tendrils. The look is also a bit of a ‘fashion flashback’ for the former Suits star as she wore a similar puff sleeve design with an ABS dress back in 2007. 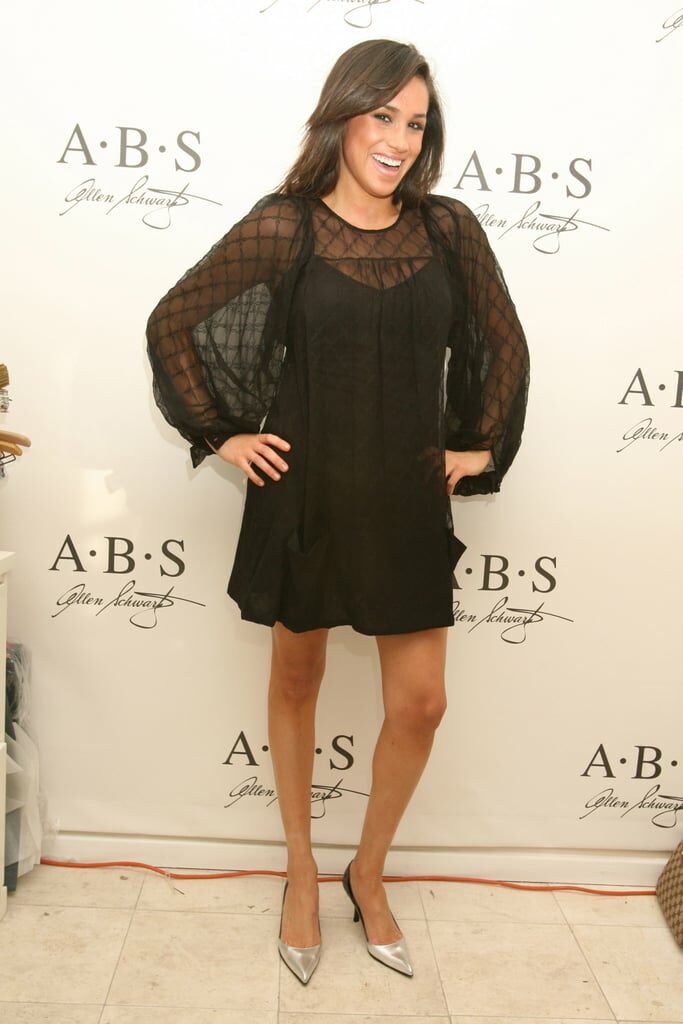 There’s also a nice ‘Dress Like a Duchess’ option available at Shein. 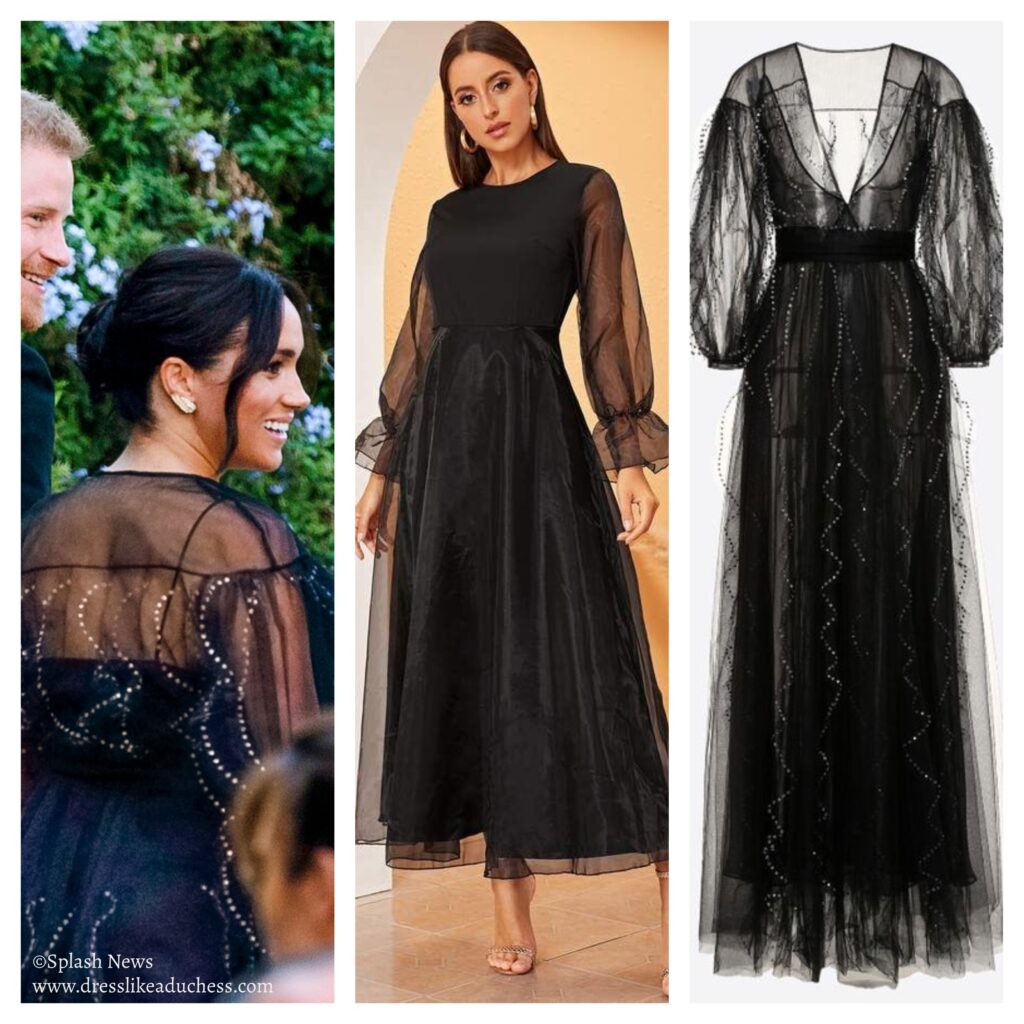