While one of the biggest royal stories of recent times has broken namely, Harry and Meghan’s groundbreaking move to stand down from their roles as senior royals–the Duchess of Cambridge quietly celebrated her birthday at Kensington Palace. Showing off a new green puffer coat, the mom of three was spotted with son Prince Louis as she drove to her palace party earlier today. Kate’s dad, Michael Middleton was also photographed arriving for the b-day bash.

With a bit of rain outside, it appeared the duchess opted for green jacket to brave the elements while little Louis was outfitted in blue coat with a hood. According to the Sun, Prince William worked with mom Carole Middleton and Pippa Middleton to plan a private birthday celebration. It’s thought that Prince George and Princess Charlotte made the duchess cards as well as crafts like hand prints and clay models as birthday presents. In honor of Kate’s 38th birthday, Kensington Palace released a photo of the future Queen Consort at her home in Norfolk which was taken by Matt Porteous. 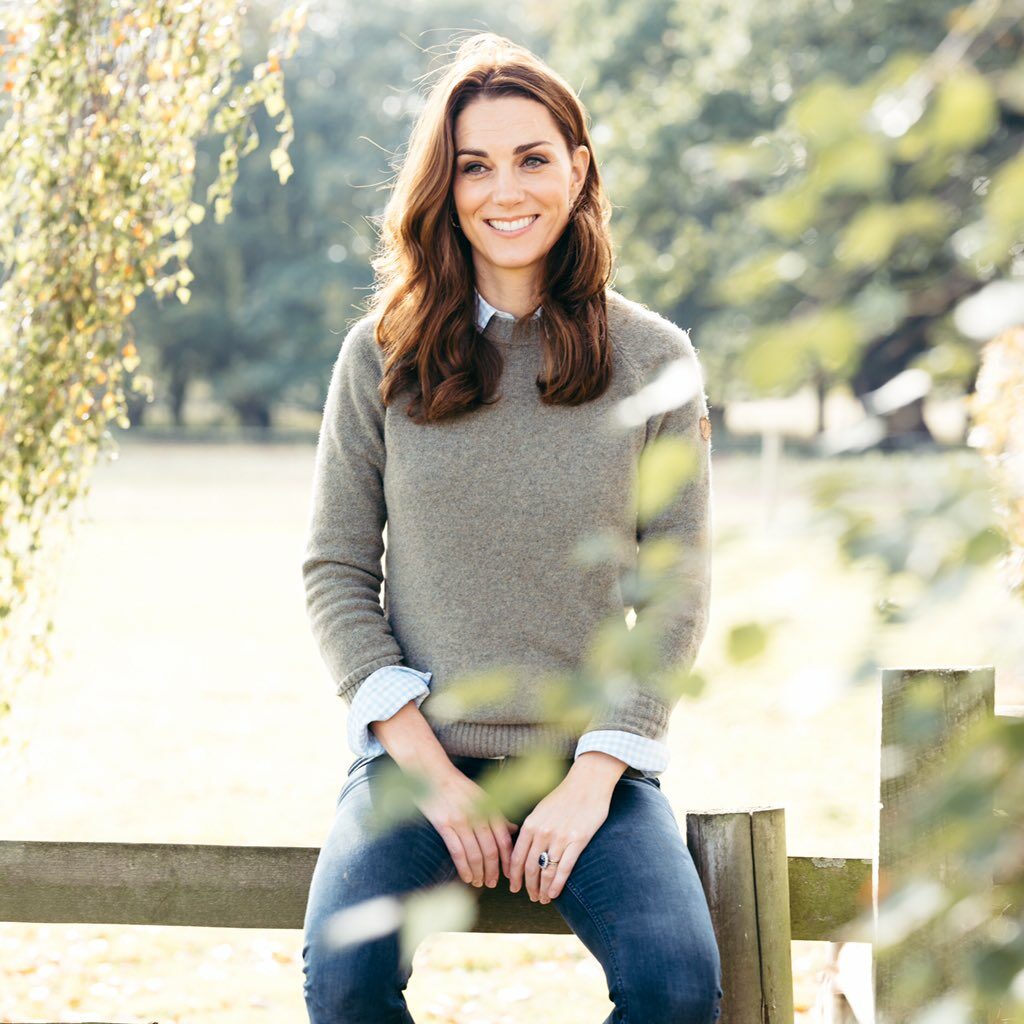 In the birthday photograph, the duchess is seen wearing her Fjallraven Forest Green Övik Re-Wool Sweater sweater. Kate has previously worn the wool top on a royal engagement in October 2018 at Sayers Croft Forest school as well as for a visit to Cumbria in June 2019. The Cambridge matriarch also wore the sweater in August for a visit to the Queen’s Balmoral estate last summer. 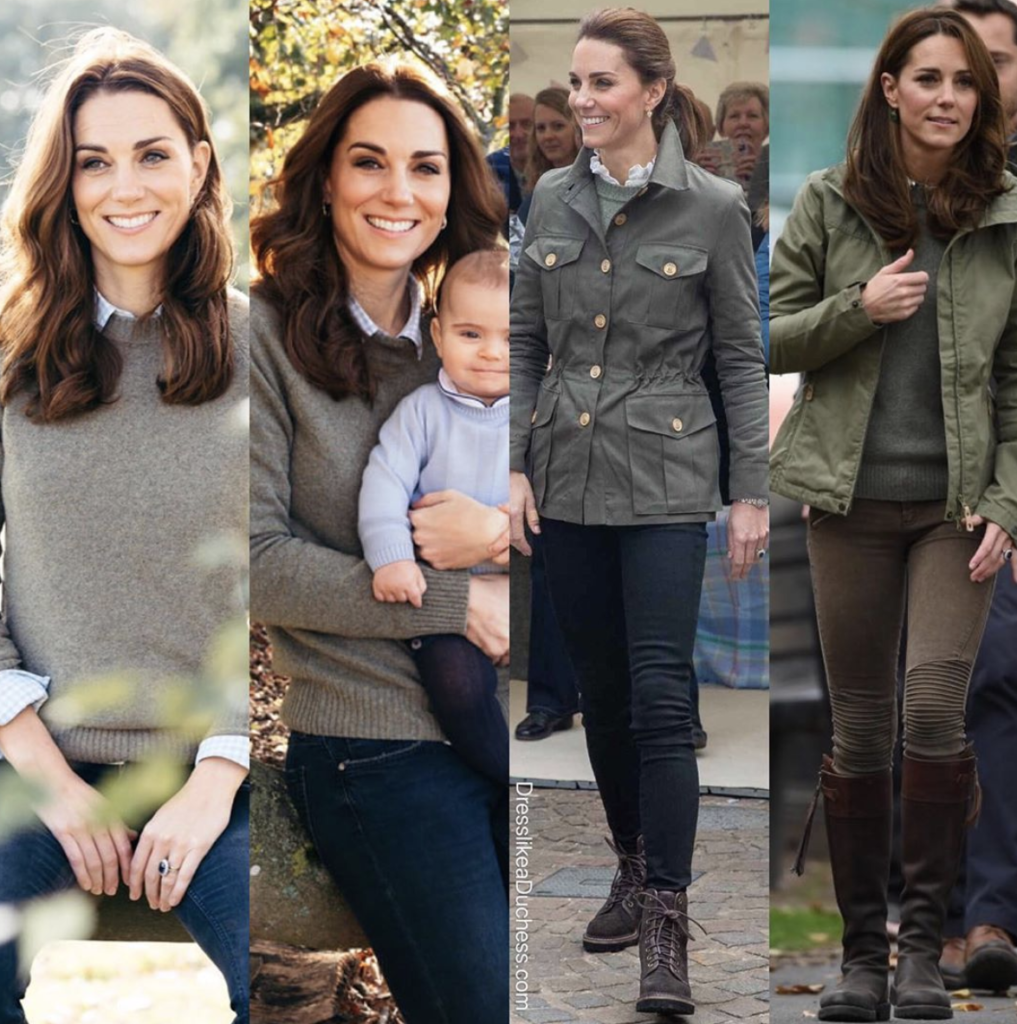 And this isn’t the first time the duchess has worn a style by Fjallraven. She wore the Ovik Folk Knit Sweater in Sweden in January 2018. 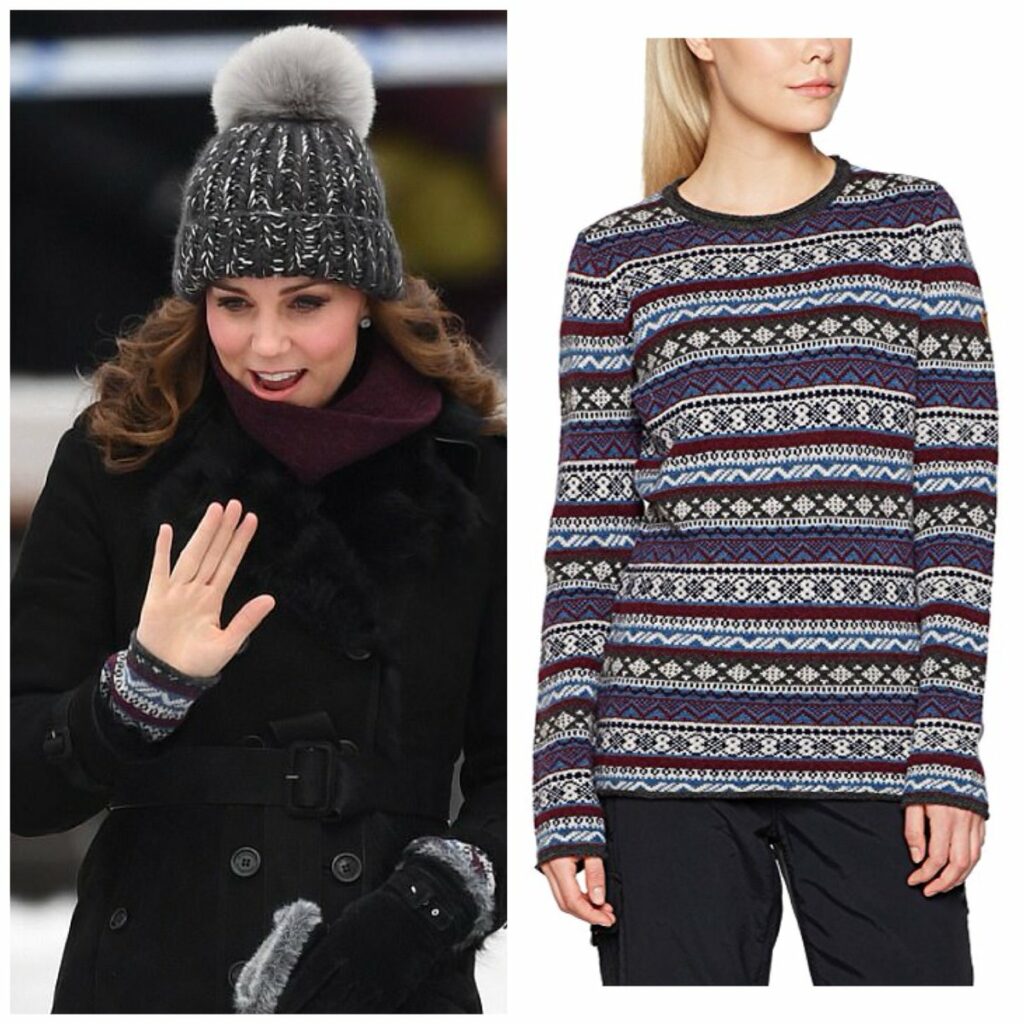 In addition to her low-key birthday at Kensington Palace while Prince George and Princess Charlotte were in school, the duchess did spend time with her eldest kids and at Anmer Hall in Norfolk over the past weekend where the family celebrated with Kate’s parents and close friends. George and Charlotte are believed to have schemed with Norland Nanny Maria Borallo to impress their mother by singing songs and greetings in French and Spanish. According to the Sun, “Both children love a microphone so it is thought they have recorded a birthday greeting or song.”