Cable Knit Kate! When she’s not attending a glamorous gala or posh palace party, the Duchess of Cambridge is often spotted in sweaters and cable knit jumpers. On casual outings, the busy mom loves a simple sweater ensemble which she often pairs with skinny jeans, skirts and khaki pants. While not frequently photographed in her duchess downtime, there are still numerous engagements and older occasions when Kate was clearly committed to cable knit. The British born royal often opts for Ralph Lauren, a favorite of her sister-in-law Duchess Meghan who has her own cable knit collection and loves camel and black sweaters.

Kate wore this Ralph Lauren Black Label sweater for a stroll with Prince William in Edinburgh for William’s cousin Zara Phillips’ wedding to Mike Tindall. She also wore the cashmere amethyst cable-knit for two grocery outings in the summer of 2011. Get the look HERE

In 2007 before officially becoming a royal, Kate was photographed at the Mitsubishi Motors Badminton Horse Trials in a dark blue cable knit sweater and white skirt. The polished but preppy style was perfect for a day of equestrian excitement. Get the look HERE

Kate showed off a fitness minded ensemble in Portsmouth in May 2016 in a Ralph Lauren cable knit black sweater along with Adidas Pure Boost X Sneakers. Get the look HERE 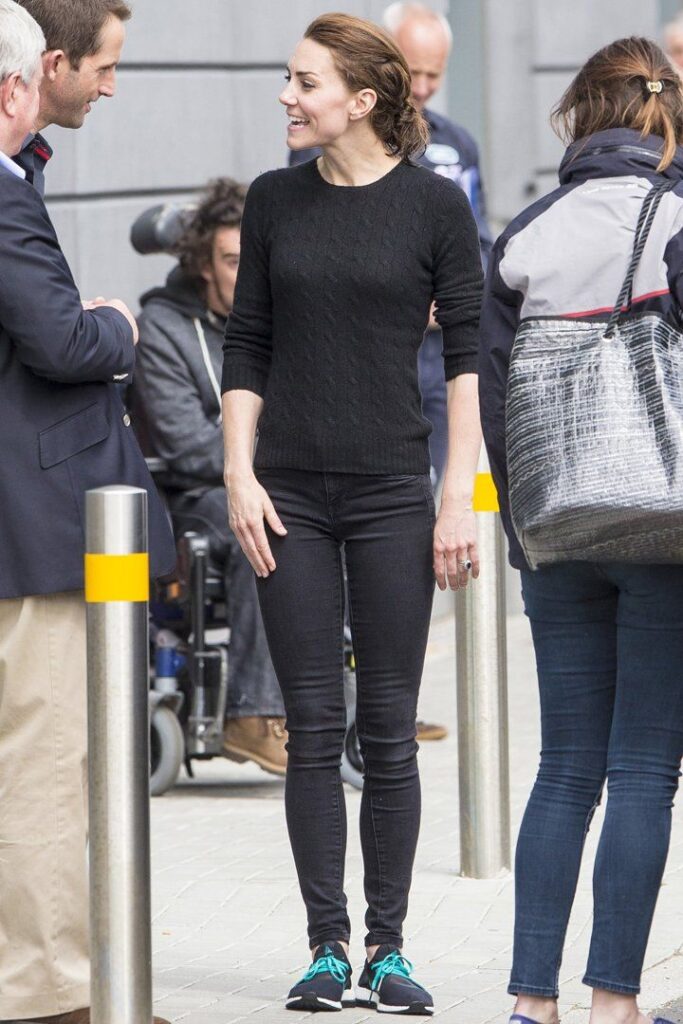 The duchess donned this cable knit cricket sweater with contrasting stripes by Ralph Lauren for some sporty shenanigans in February 2019 in Northern Ireland. Get the look HERE 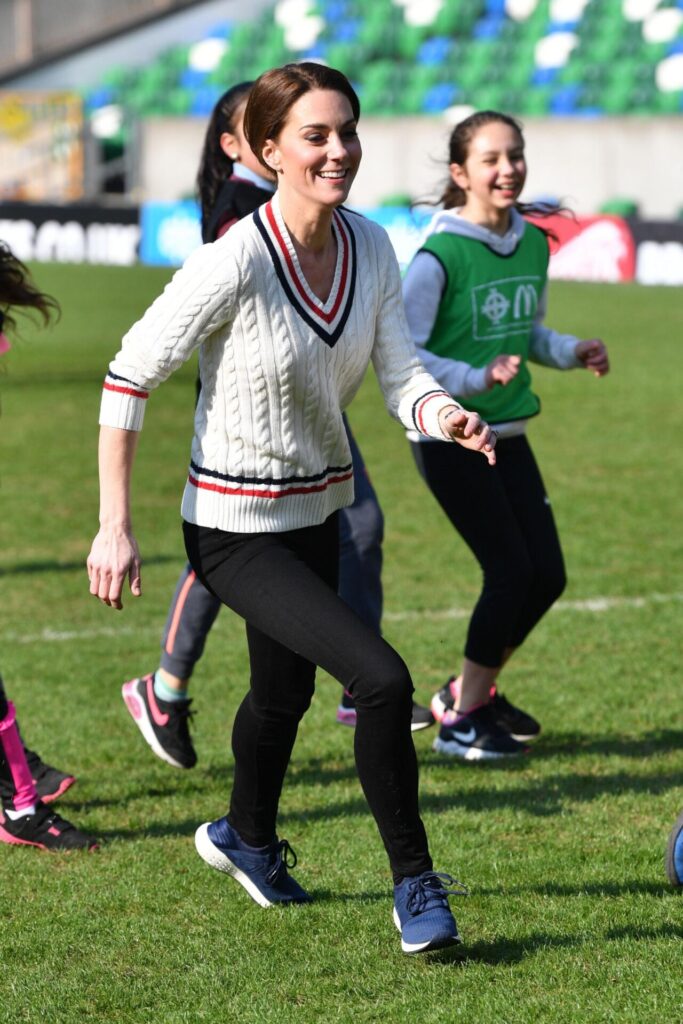 In Harry and Meghan’s new home country of Canada in September 2016, the duchess was a lady in red in a crew neck knit sweater from Really Wild, khaki skinny jeans from Zara and brown suede cowboy boots from R. Soles. Get the look HERE

At a polo match in 2008, Kate was still a roving bachelorette and opted for a white cable knit sweater, Prada white purse and Fendi sunglasses for some fun in the sun. The future Queen consort spent time at the Beaufort polo club with a group of girlfriends. Get the look HERE 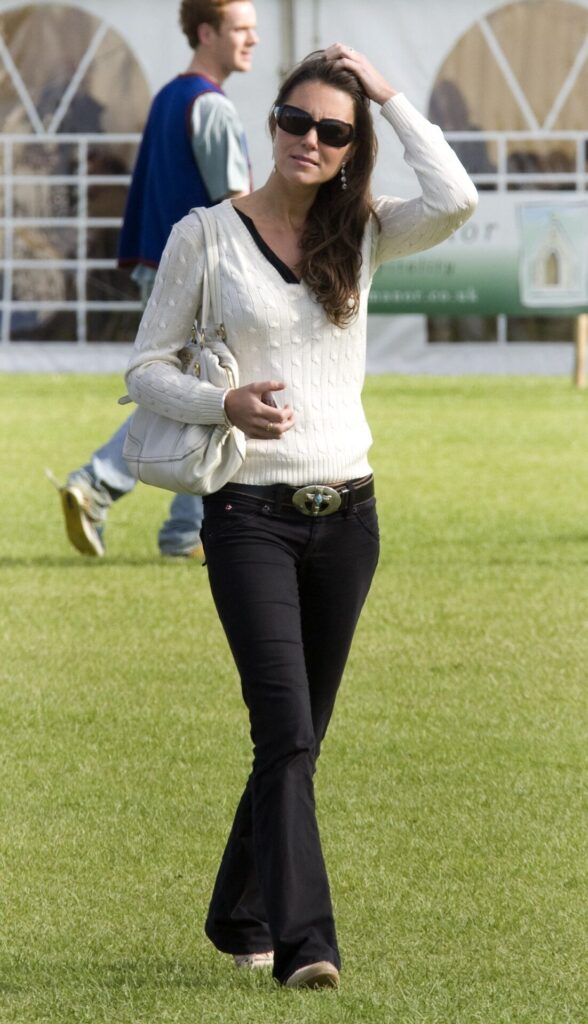