The Duchess of Sussex looked beautiful and had that unmistakable pregnancy glow as she and Prince Harry made their first appearance since announcing they are expecting a second child at virtual Spotify Stream event. The couple looked cozy together as they sat in their home in Montecito and discussed Archewell Audio. For the online chat, Meghan wore a citrus primavera peplum dress by Dominican fashion designer Oscar de la Renta. 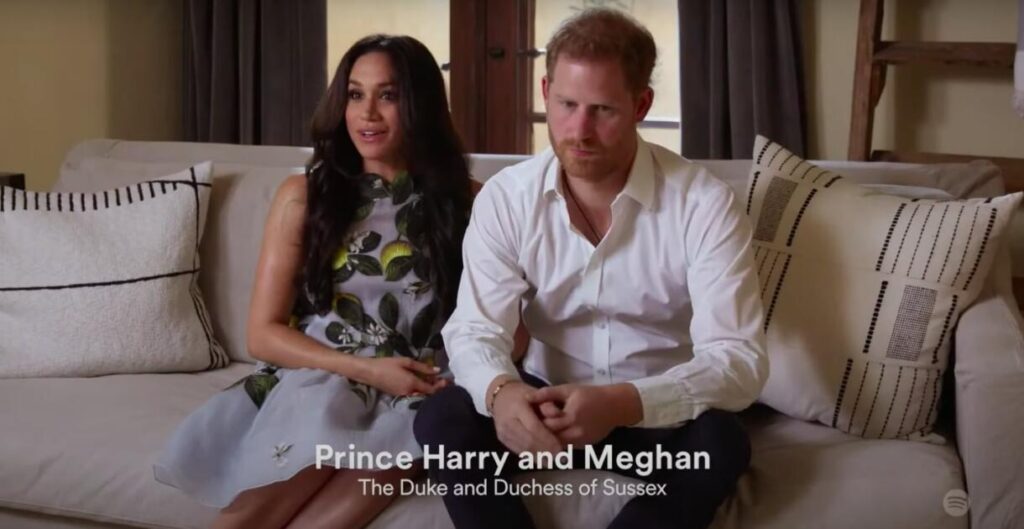 While Meghan frequently wears glamorous dresses and beautiful designer garments — the unmistakable lemon motif seemed to be sending a message. Could the dress secretly be revealing how far along Meghan is in her pregnancy? The consensus online for ‘baby fruit size’ seems to suggest that a little one is about the size of a lemon around 14 weeks. 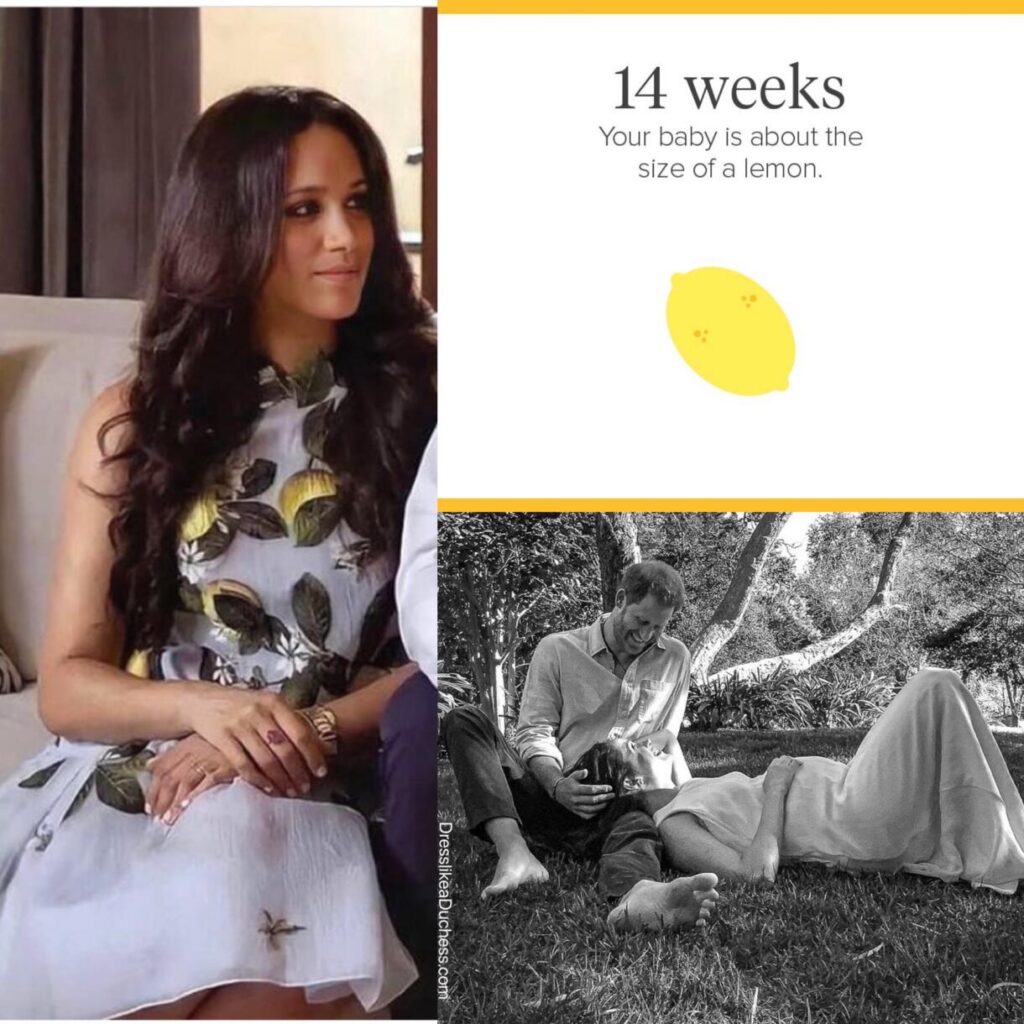 This wouldn’t be the first time the duchess has used her clothing to transmit a meaning or message. Meghan infamously wore a ‘Husband’ shirt the first time she stepped out with Prince Harry at the Invictus Games in Canada and donned a Karen Gee sheath in Australia called ‘Blessed’ shortly after Archie’s pregnancy announcement.

If the duchess is approximately 14 weeks pregnant — the next Sussex baby could be due mid-summer around June or July. It’s possible the baby could share a birthday with Uncle Prince William on June 21st or even the late Princess Diana who was born July 1st.