The Duchess of Sussex made a surprise appearance to watch husband Prince Harry play polo on a very warm summer afternoon at the Sentebale ISPS Handa Polo Cup at the Royal County of Berkshire Polo Club in Windsor, England today.

The soaring temperatures were no deterrent for Prince Harry and Meghan and the couple posed with Nacho Figureas and his wife Delfina as well as other dignitaries and polo players. The polo match is for a good cause and benefits Prince Harry’s charity Sentebale, which he started in 2006 to help children in Africa who are suffering from the AIDS epidemic.

The duchess did more than cheer at the sidelines, she presented the winning trophy to Harry’s team and exchanged flirty but fun trophy banter with Nacho.

Perhaps the highlight of the day for royal spectators was the moment Prince Harry and Meghan exchanged a victory kiss on the podium. The royal lovebirds went for than just a quick peck on the cheeks and showed some major newlywed PDA.

It’s no surprise the pair were caught in full makeout mode as Meghan looked enchanting in her blue belted denim midi dress by Carolina Herrera. The look was not a far cry from the Hugo Boss style she wore for the Stephen Lawrence memorial service earlier in the year. Both dresses featured similar V-necks as well as nearly identical midi lengths and thicker cap sleeves with nipped-in waists. The style once again highlights the duchess’ preference for sleeveless fashions and full A-line skirts. It also could be considered a more causal version of her recent Dior dress, with a similar retro-minded silhouette. It would not be surprising to find a picture of Grace Kelly or Audrey Hepburn in a similar style.

Not only is the duchess partial to midi dresses but she loves navy in particular and mostly shuns print or patterned dress in favor of classic monochromatic styles. Even before her days as a royal, she was partial to navy dresses with full skirts and interesting details like collars, belts or button front styles.

Duchess Meghan selected a Carolina Herrera dress. The summer style features  a V-Neck faux wrap with a surplice neckline and a pleated midi length skirt with front pockets. The duchess wore a matching belt which is available for pre-order on Moda Operandi. 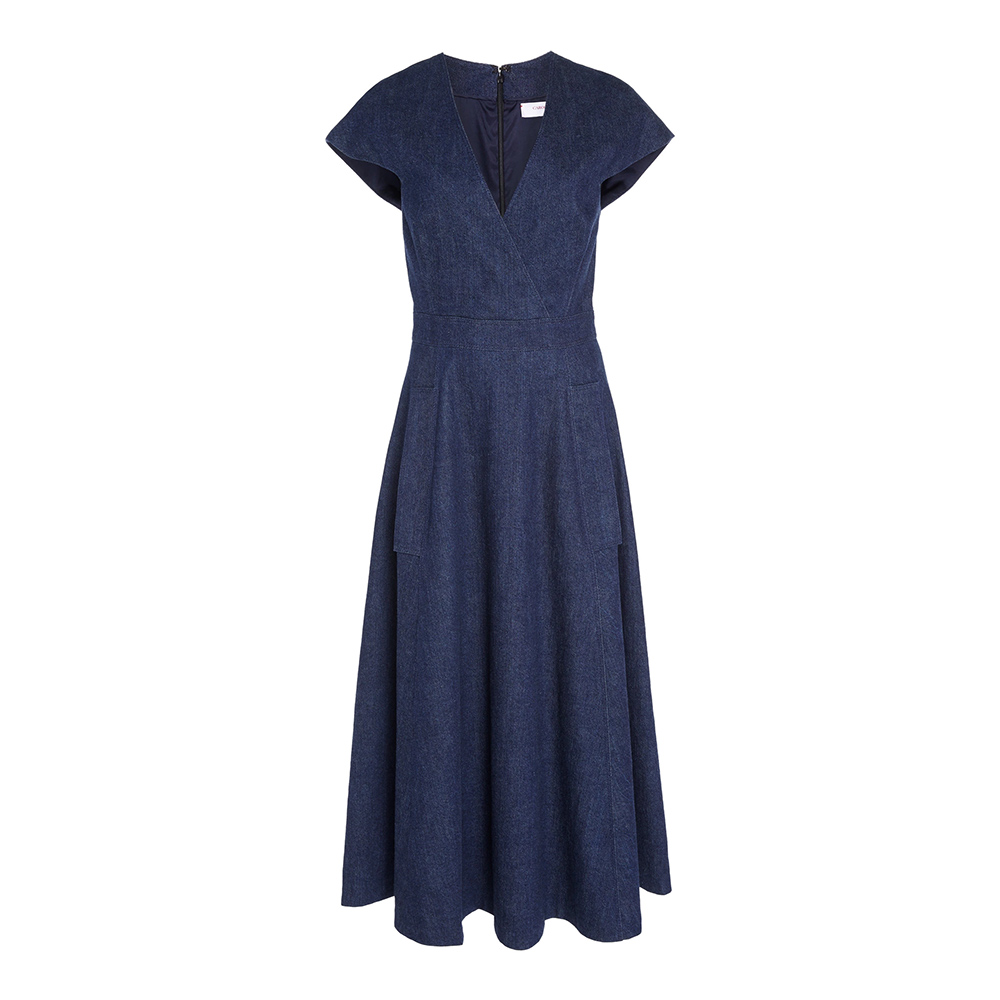 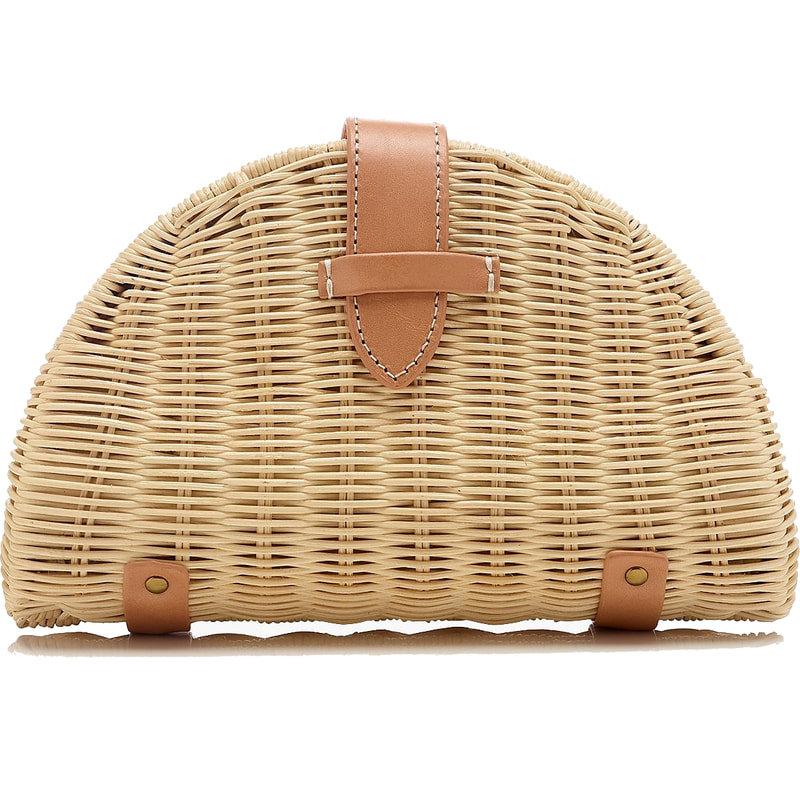 Meghan carried a Pippa-esque clutch version of the classic straw bag made of rattan, with a unique fan shape and blush pink leather closure and accents. The affordable clutch is from J. Crew. 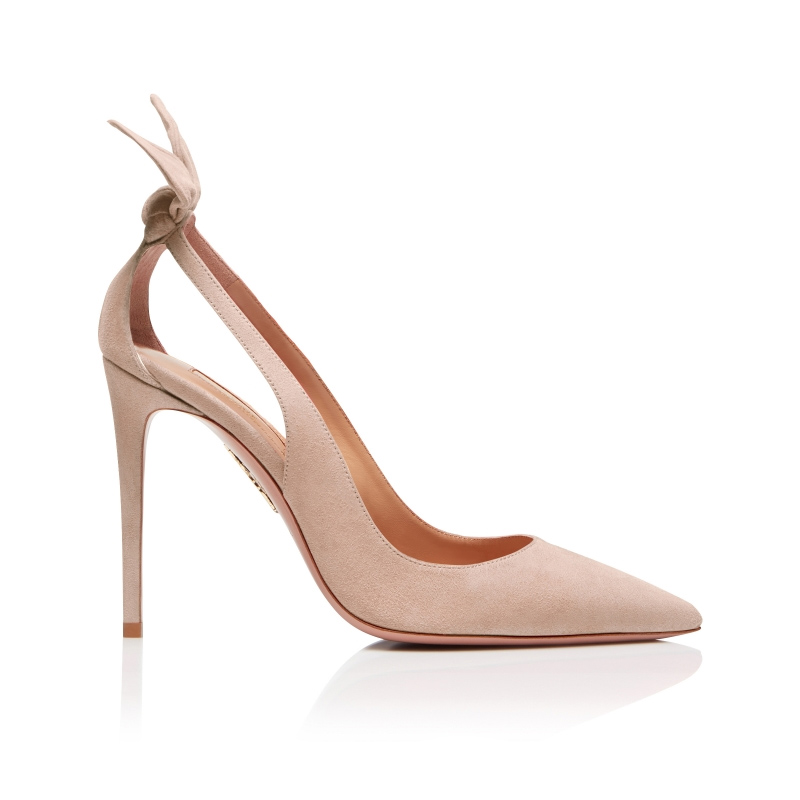 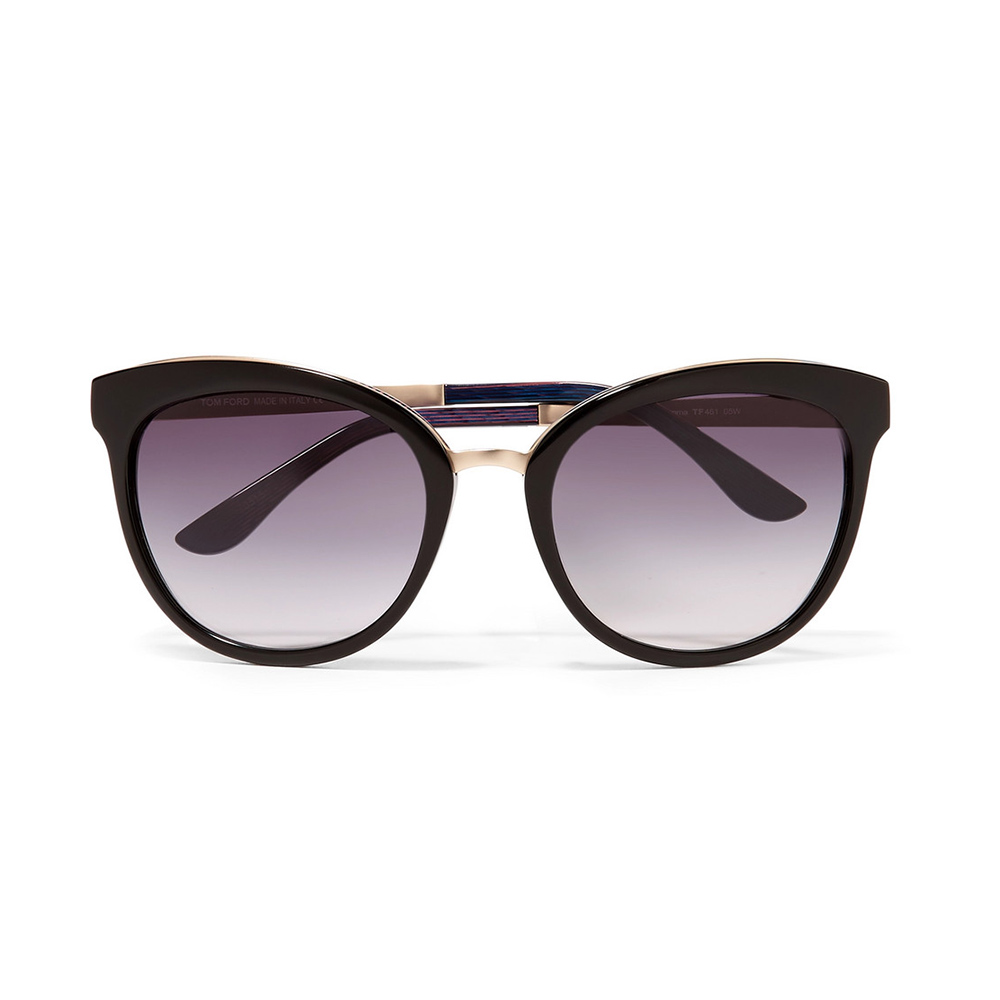 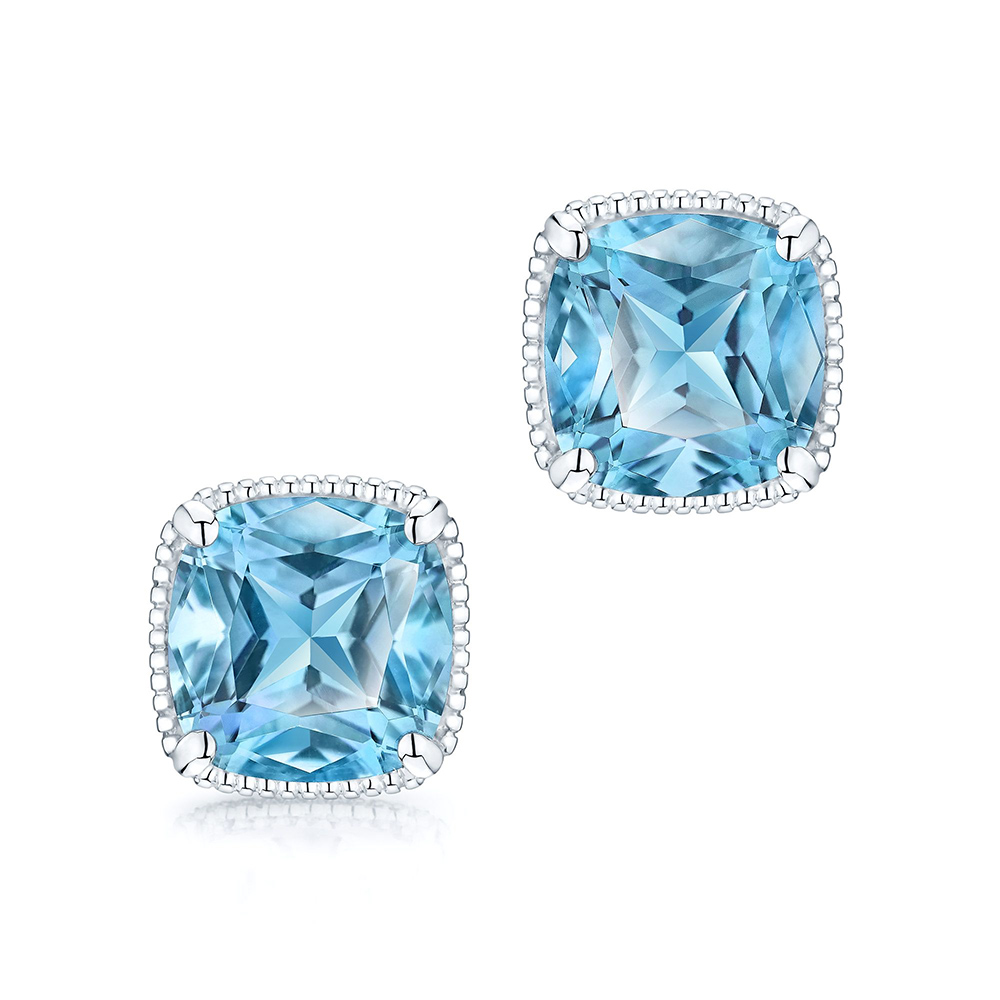 Get the look for less. 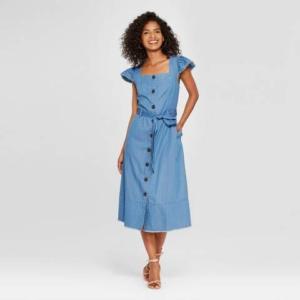 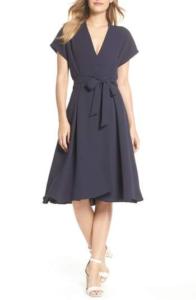 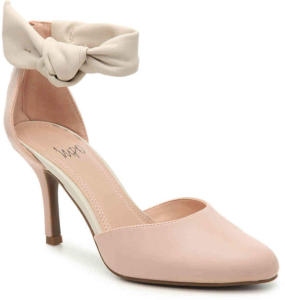 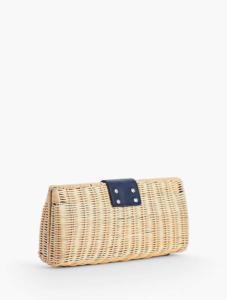 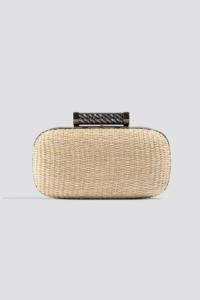