A double duchess delight! Kate Middleton and Meghan Markle were both spotted at the King Power Royal Charity Polo match with their kids in tow, thus officially marking the first time the royal cousins have been spotted together in public. Prince George, Princess Charlotte, Prince Louis and Major Archie were all cheering on the sidelines for their respective dads. Cheeky Prince Louis even stole mom’s sunglasses and was snapped running amok, sucking his thumb and making faces at his cousin little Archie Harrison.

While Prince Louis and Major Archie stole the show, there was still lots of cuteness between newlyweds Harry and Meghan. The Sussex duo looked lovey dovey as Harry took time to give his son and wife a bit of attention.

At one point the comely couple even appeared to steal a kiss together despite Harry’s rather sweaty state from playing polo.

For this outing, Meghan and Kate selected styles befitting their own unique fashion sensibilities. Duchess Kate went for a light, flowy chiffon dress from L.K. Bennett called the Madison. 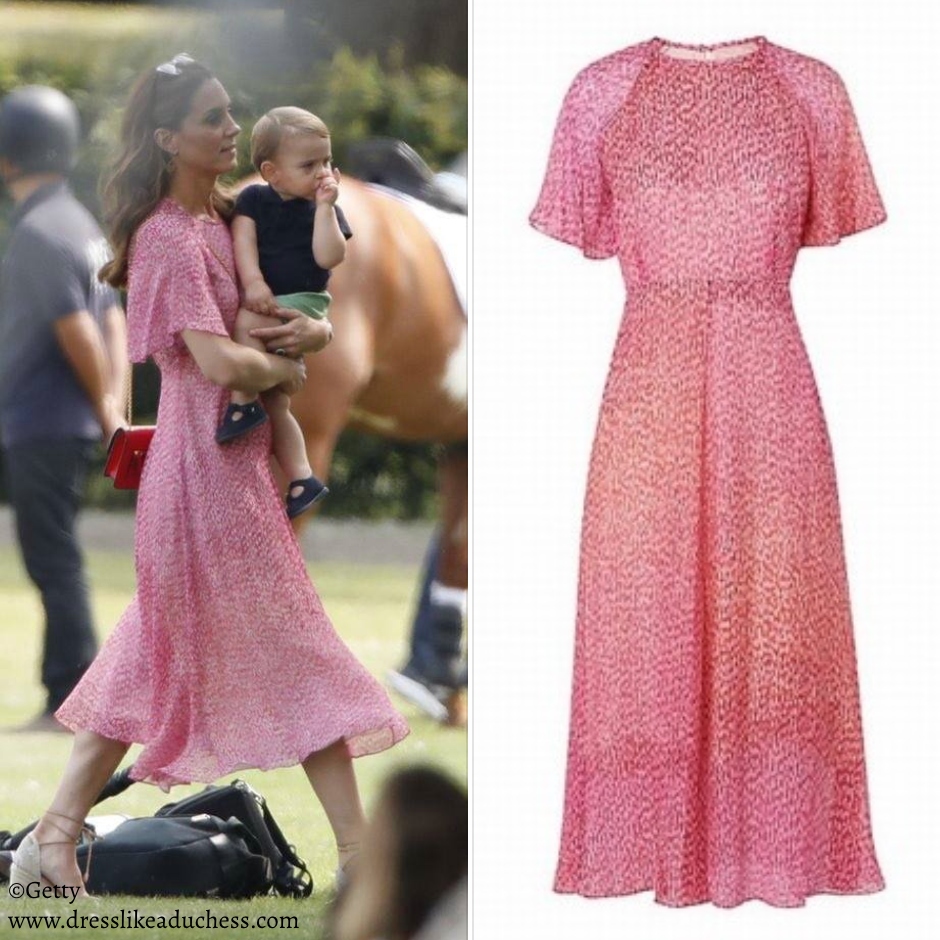 Kate previously wore the purple version for a dinner in late August 2015 when she and William went to a private dinner at Berry Bros. & Rudd in London. 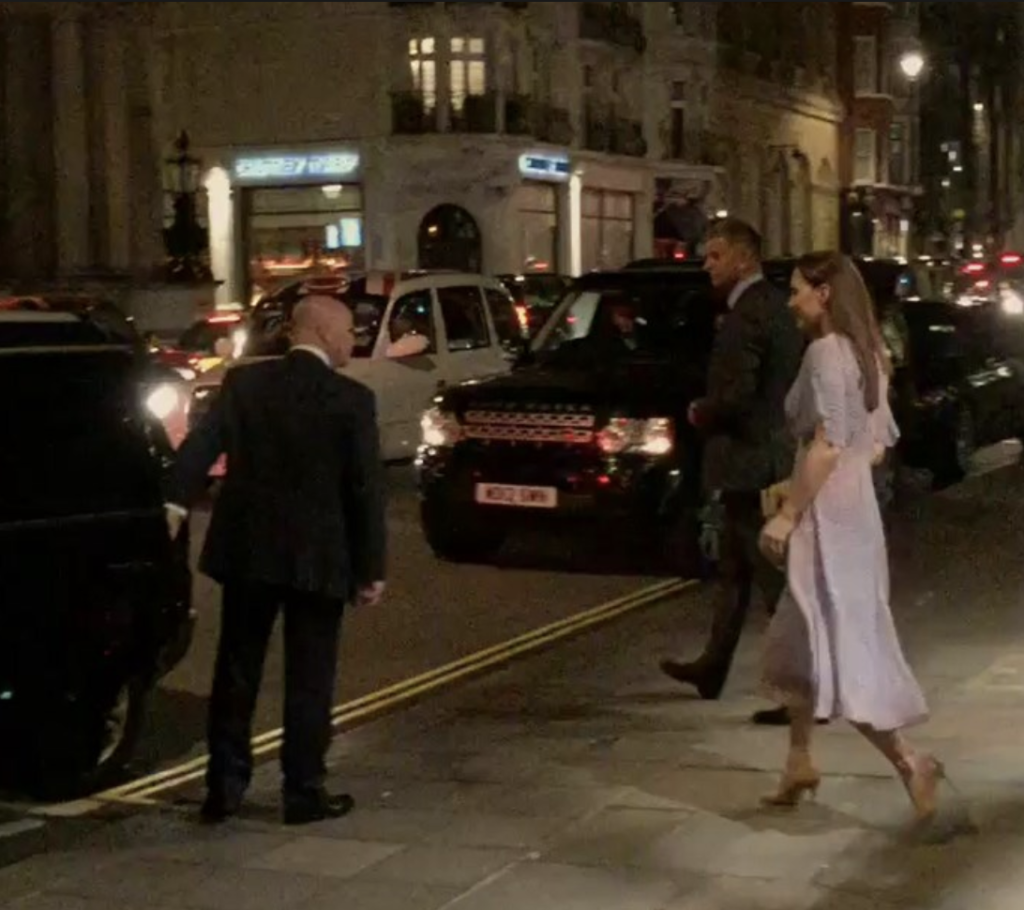 A similar style can be found at Nordstrom. 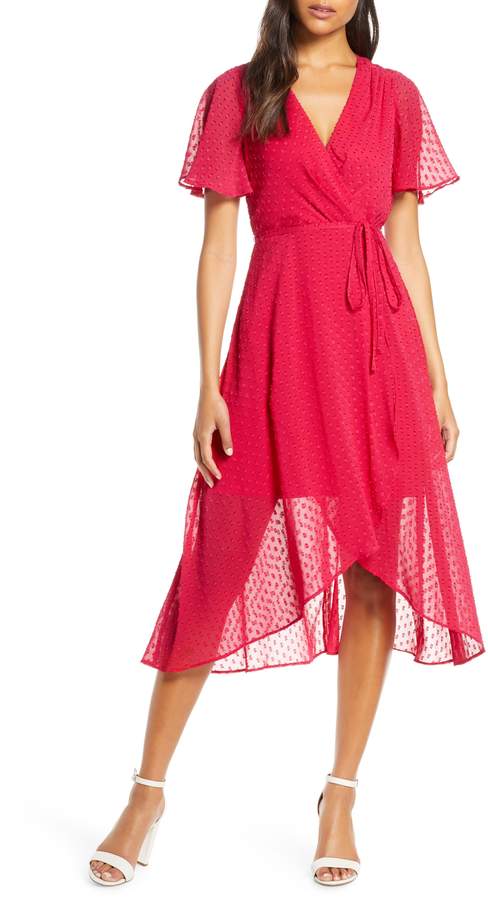 The Duchess of Cambridge continued her stylish summer with this flirty feminine dress as well as a new Mulberry clutch called the Darley in ruby red crocodile. The sleek cherry colored bag can be worn as a crossbody and comes with a removable chain strap. 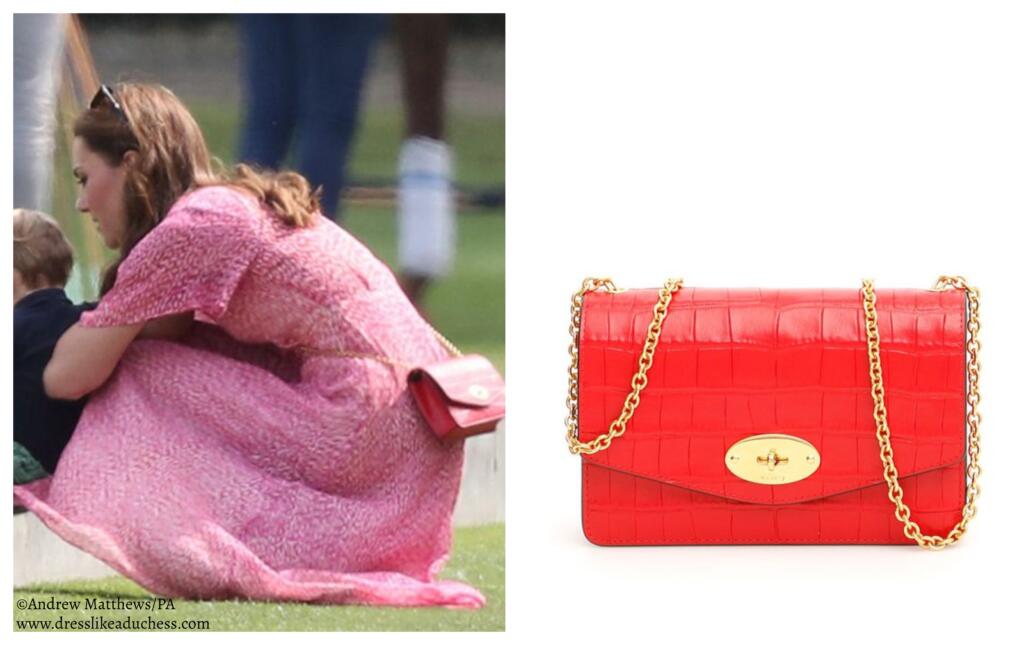 Kate finished the look with her Castaner Carina wedges which she has worn on repeat all season long as well as her beloved Catherine Zoraida fern hoop earrings.

And while Kate and Meghan were busy tending to their kiddos, both ladies still had time to mingle and enjoy the sunshine.

Meghan stayed glued to baby Archie throughout the day and looked to be embracing mom mode with gusto. The new matriarch was seen carrying Archie who was swathed in a yellow and white baby blanket throughout the match.

For this outing, the Duchess of Sussex opted for a dress by Lisa Marie Fernandez called the Rosetta. The v-neck linen midi dress is perfectly keeping with Harry’s wife’s style of modern but versatile pieces which are comfortable and ever so edgy. 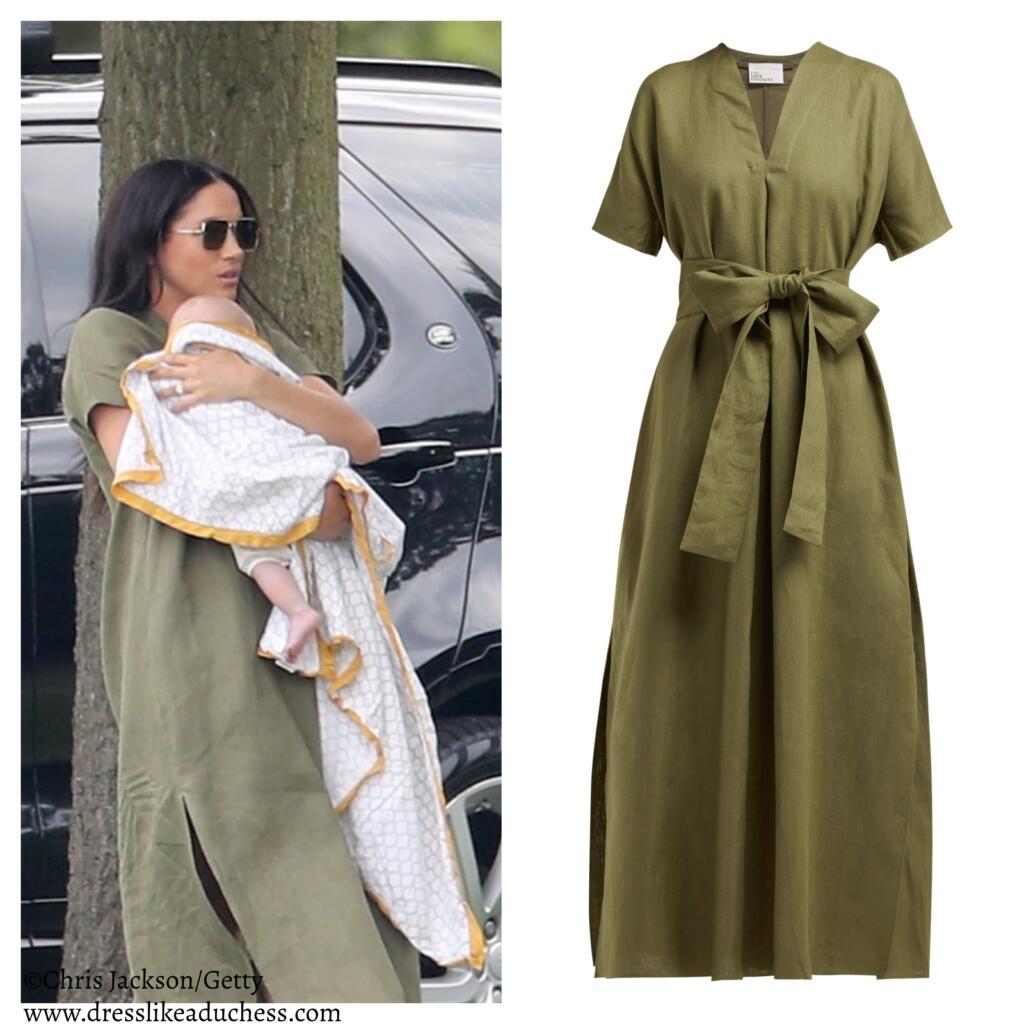