As the Sussexes have decamped from the UK and settled into their sprawling Santa Barbara estate–Meghan and Harry have finally found their ‘Home Sweet Home.’ And while royal watchers have enjoyed seeing the couple setup home in their cozy coastal nest — many have wondered if after their fourth and final move since January — if now is the time to expand their family. As Meghan approaches her 40th birthday next year, the dynamic trio may want to become a family of four. It’s possible the Sussex squad of Harry, Meghan and Archie may already be awaiting a new arrival.

Here are 6 Signs Meghan Markle Could be Expecting Baby #2:

Harry and Meghan were spotted at a medical building in Beverly Hills in July at what could’ve been a prenatal visit. The duchess wore a casual and very flowy Toscana linen sleeveless dress for the outing. Meghan’s summery style is described as “loose” with a “relaxed fit” and just enough room to conceal a growing baby bump. Plus, Harry and Meghan’s medical plaza also houses a fertility office.

Meghan and Harry have been keen to volunteer since their arrival into the City of Angels. One such outing involved cooking and preparing meals at Homegirl Cafe in Downtown LA. For the outing, the duchess wore an untucked white button down shirt and a long black apron which seemed to disguise any hint of a potential burgeoning bump. 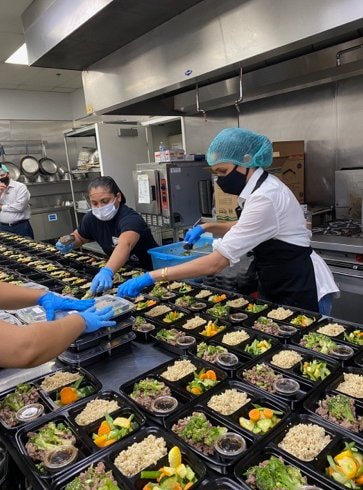 What better way to hide a mommy midsection than with a perfectly positioned puppy? Meghan took a cue from many celebrities who hide their blossoming tummies with bags, scarves and other large objects. The LA newbie wore her Le Specs tortosie bandwagon sunnies, Adidas ultraboost sneakers and what’s believed to be Lululemon Align pants in white for the day of hiking.

Since Harry and Meghan have become residents of the Golden State, the duchess has stuck to laidback ensembles offering plenty of comfort. The mom of one wore elastic waist Mixed Media pants from James Perse and Adidas Stan Smith sneakers to deliver meals for Project Angel Food. Perhaps the casual attire is a maternity wardrobe in the making?

Since Meghan and Harry started their Zoom meetings at their new Montecito manse–the duchess appears to have gained a glow not to mention incredibly thick locks. As women notice an increase in hair density, volume and length during pregnancy–this could be a major clue Archie Mountbatten-Windsor may soon be an older brother. 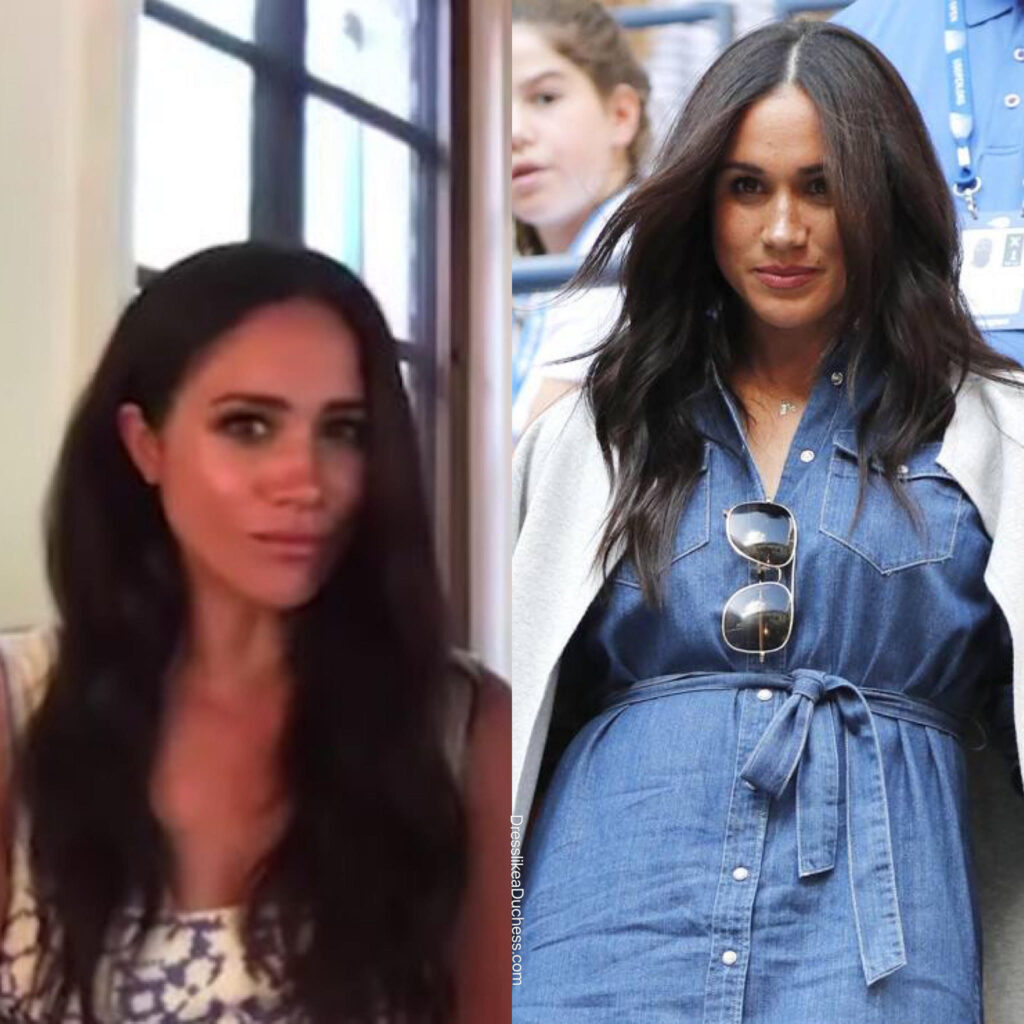 Internet sleuths, media outlets and the twitter sphere is starting to believe the former Suits star may be with child. While there’s no proof that the duchess is expecting–some people are claiming the brunette beauty has more rounded cheeks, a fuller face and a ‘different’ appearance in her recent Zoom chat. 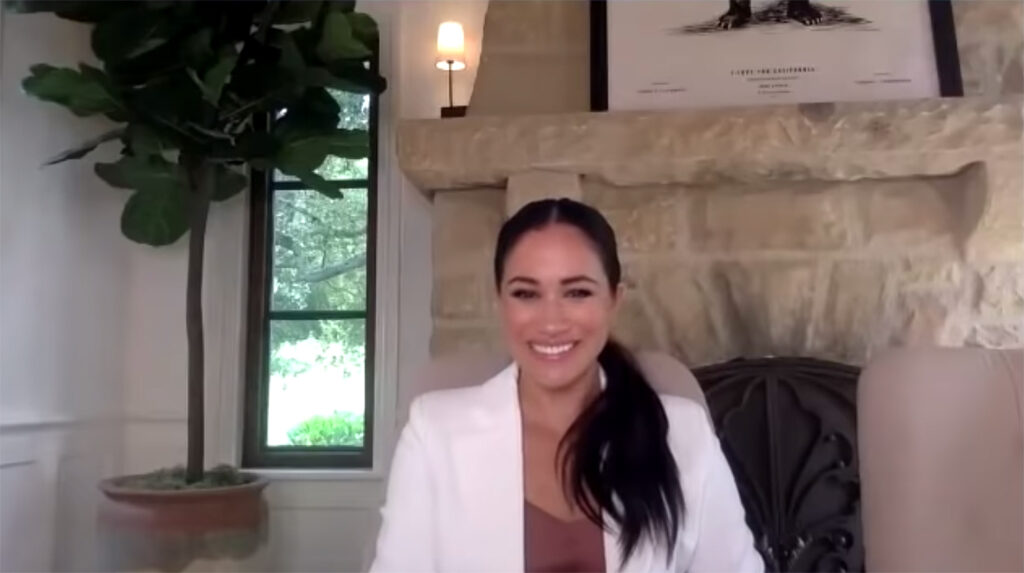