Prince Harry’s Birthday Tributes Were Layered with Meaning and Messages

The Duke of Sussex reportedly had a quiet birthday at his new California compound alongside his nearest and dearest including wife Meghan and baby Archie. While there was no word on whether Doria Ragland joined in on the festivities marking Harry’s 36th birthday–the day was both a special and somber occasion for the popular prince. As Harry’s mother, the late Princess Diana, was tragically killed in a car accident at the same age, this particular birthday was no doubt a day of reflection and remembrance as well as celebration. And while Clarence House, the Royal Family and Kensington Royal all marked the day with family snaps–many social media users were quick to notice that Harry’s significant other, Duchess Meghan, was not spotted in the tribute pictures. Though it’s customary of the family not to include spouses on their birthday posts– royal watchers felt the pictures still were more meaningful than a simple birthday shoutout showcasing the fun and frivolity in the family. 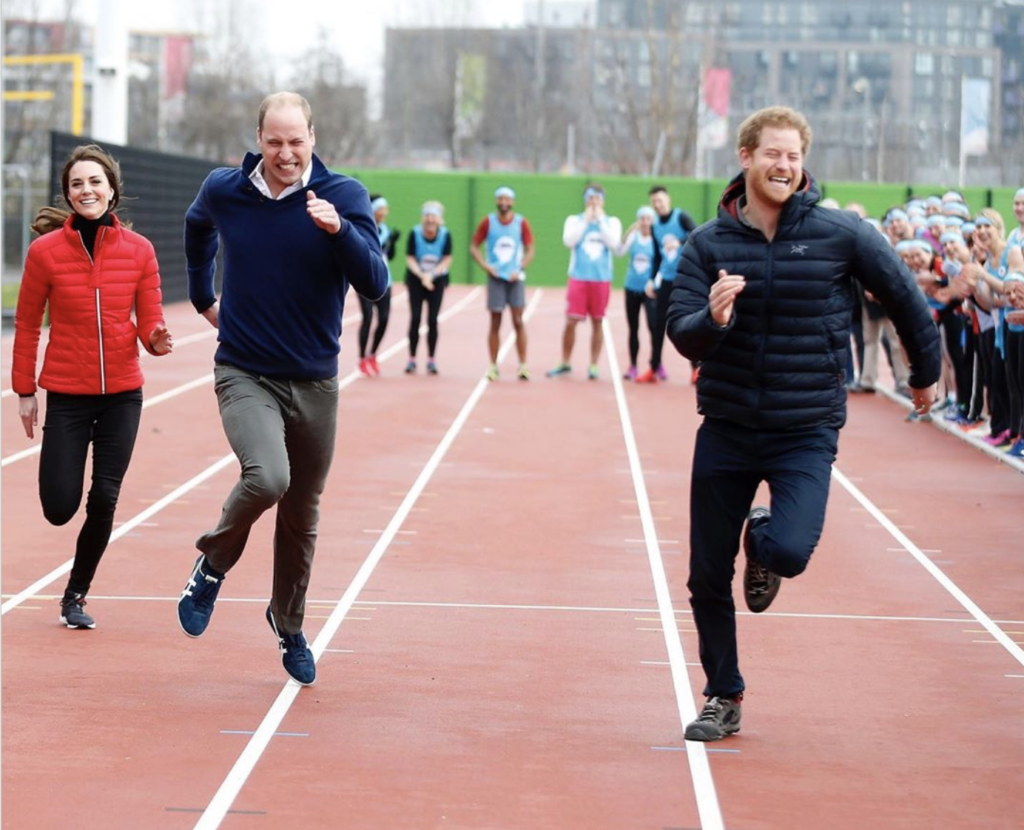 Kensington Royal’s picture garnered the most attention–many thought the snap of Kate, William and Harry running together for their Heads Together charity was emblematic of the recent events of Harry and Meghan’s departure from the family unit and their ‘escape’ to America. A new biography entitled Finding Freedom by Omid Scobie and Carolyn Durand claims the couple felt they were not protected by the institution and court documents reveal their unhappiness with the palace’s response to criticism of Meghan during her pregnancy. 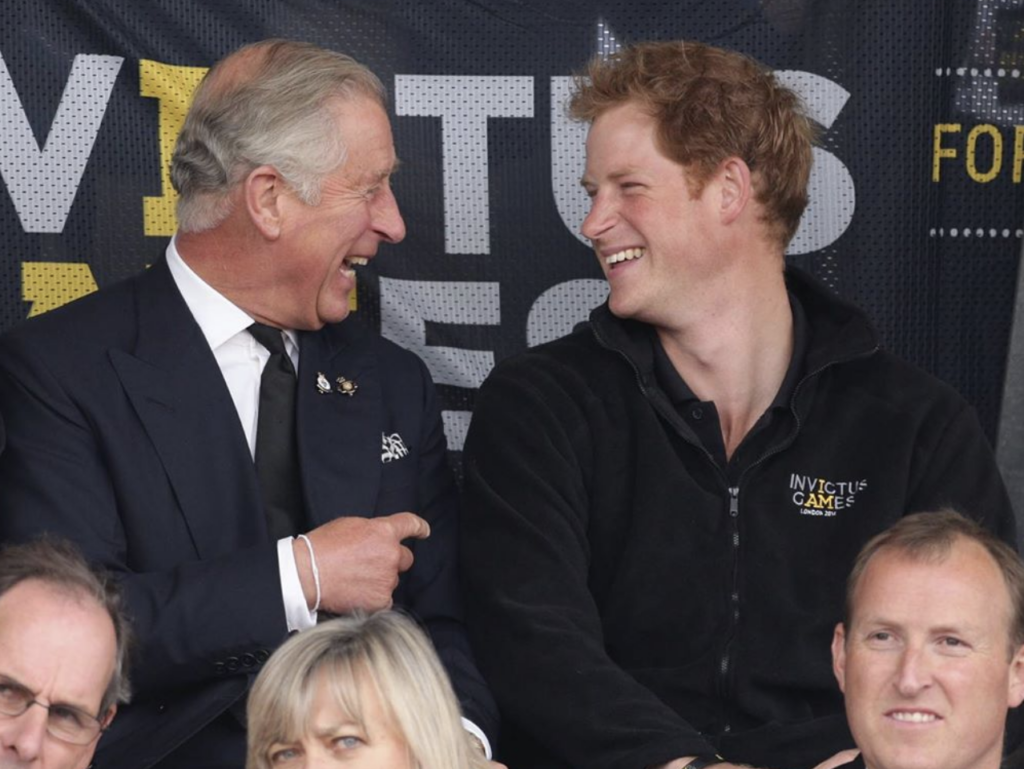 Other interpretations could be made of the photo particularly since William is behind Harry running to catch up. Perhaps, the family hopes Harry will feel that his family is ‘running’ behind him and supports him in his new journey and life across the Atlantic. Or maybe the image will reaffirm how Harry is not ‘second place’ to William and merely a ‘spare to the heir’ but a champion of the Crown, a cog in the wheel of the larger machine of the monarchy and an important player in helping support and run beside William in his daunting role ahead as future King. Or maybe Harry’s separation from William and Kate–running away alone–is symbolic of his desire to break free from the constraints of life within palace walls and his feelings of isolation, loneliness and grief. 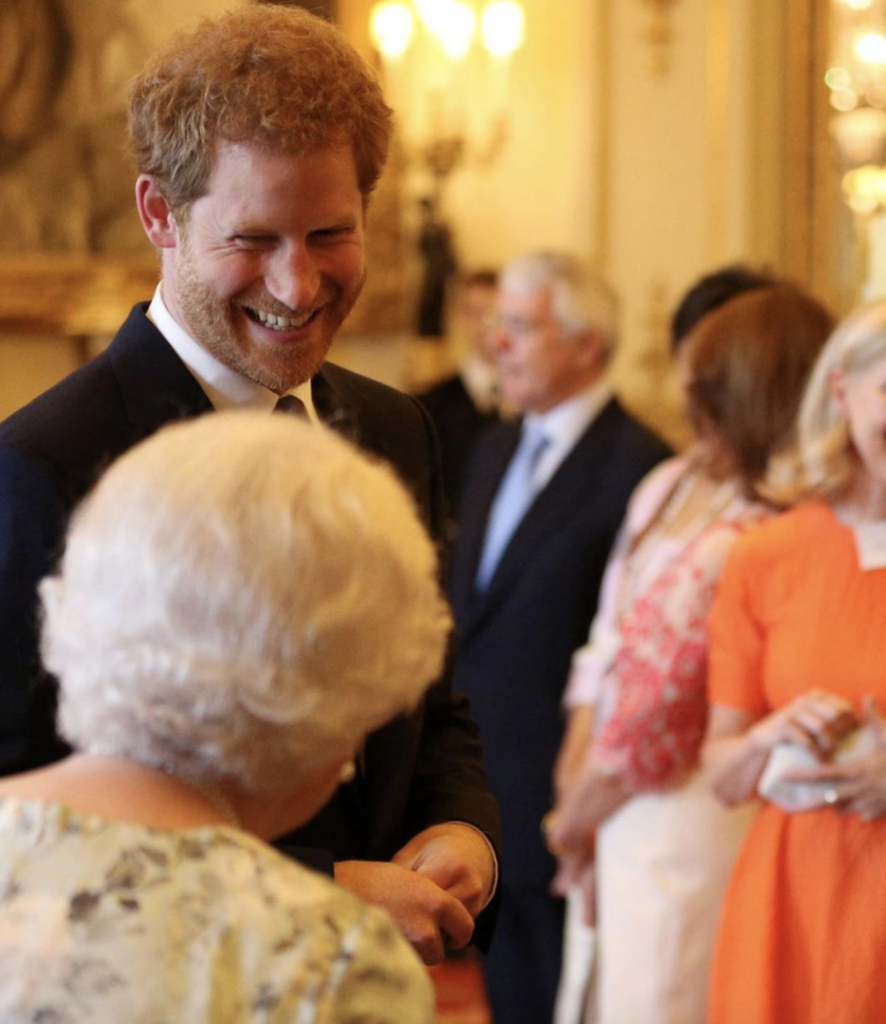 Yet, the collection of birthday pictures were also full of smiles and laughter and showed Harry to be a lovable grandson, son, brother and brother-in-law. Indeed, they convey Harry’s cheeky sense of humor and his affection for friendly competition. While some of the snaps were taken a few years ago, Harry’s playful nature and endless charm was on full display and his ease with his royal role was clear.

The family essentially sent a message to the Harry of yore–you’re always welcome, you’re always wanted. Perhaps the outreach will stir in Harry some sentimentality or even offer him a sense of comfort that his royal relatives across the pond still care deeply about his well-being. Though Harry may have felt or feels relegated to a role beneath or behind his brother–in truth, the family shows they’re a united team all running towards the same goal.