The Prince of Wales and his family posed for a portrait taken by royal photographer Chris Jackson ahead of his 70th birthday on Wednesday November 14th. The beautiful photos were taken at Clarence House in September and show little Prince Louis, Prince George and Princess Charlotte as well as Prince William and Prince Harry and their spouses Duchess Kate Middleton and Duchess Meghan Markle. The Duchess of Cornwall is also featured in the photograph sitting next to little Charlotte.

The fun family photos show a glimpse into the more casual and relaxed royals than is often seen in public. In fact, one photo captures the entire family in uproarious laughter with big smiles.

The photos are a bit more playful and less formal than Prince Louis’ christening photos which were more traditional. 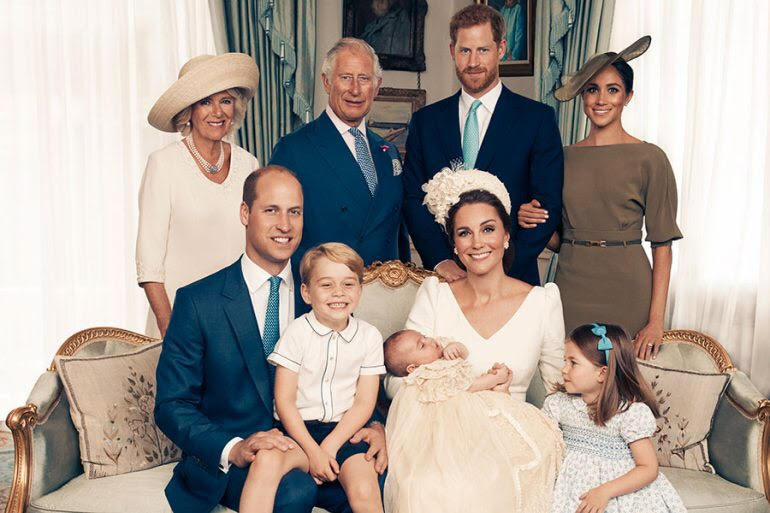 For the photos, the duchesses each showed off their individual style with Duchess Catherine opting for a polka dot blue midi dress by Alessandra Rich. The style has been popular with other celebrities and a close friend of Meghan’s, Abigail Spencer, even wore the exact same dress to the royal wedding. 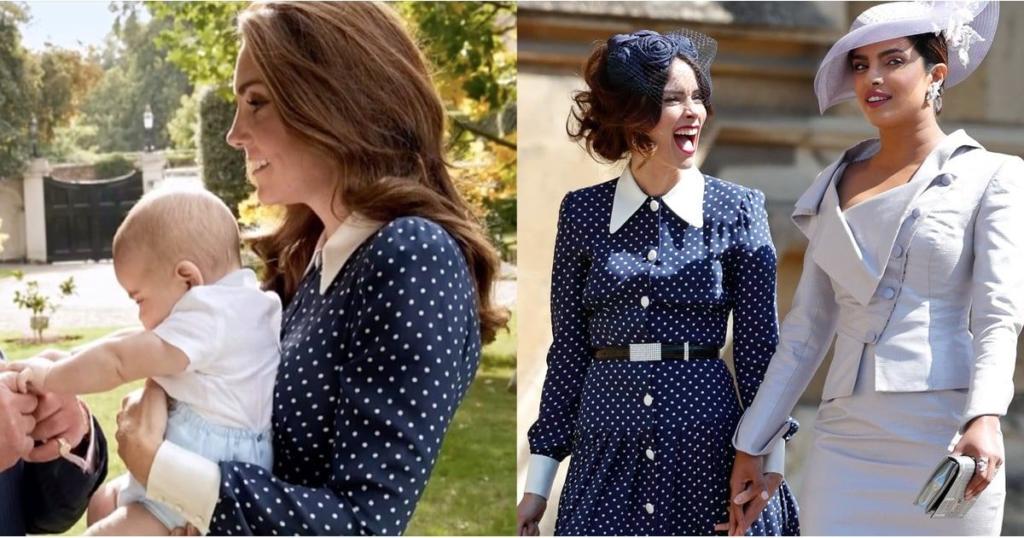 The pleated polka dot dress with a white collar is currently sold out but a similar style is available HERE. 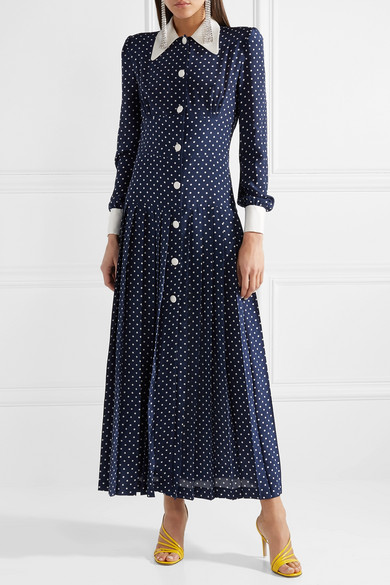 Dress like a Duchess with a lookalike style from Amazon. 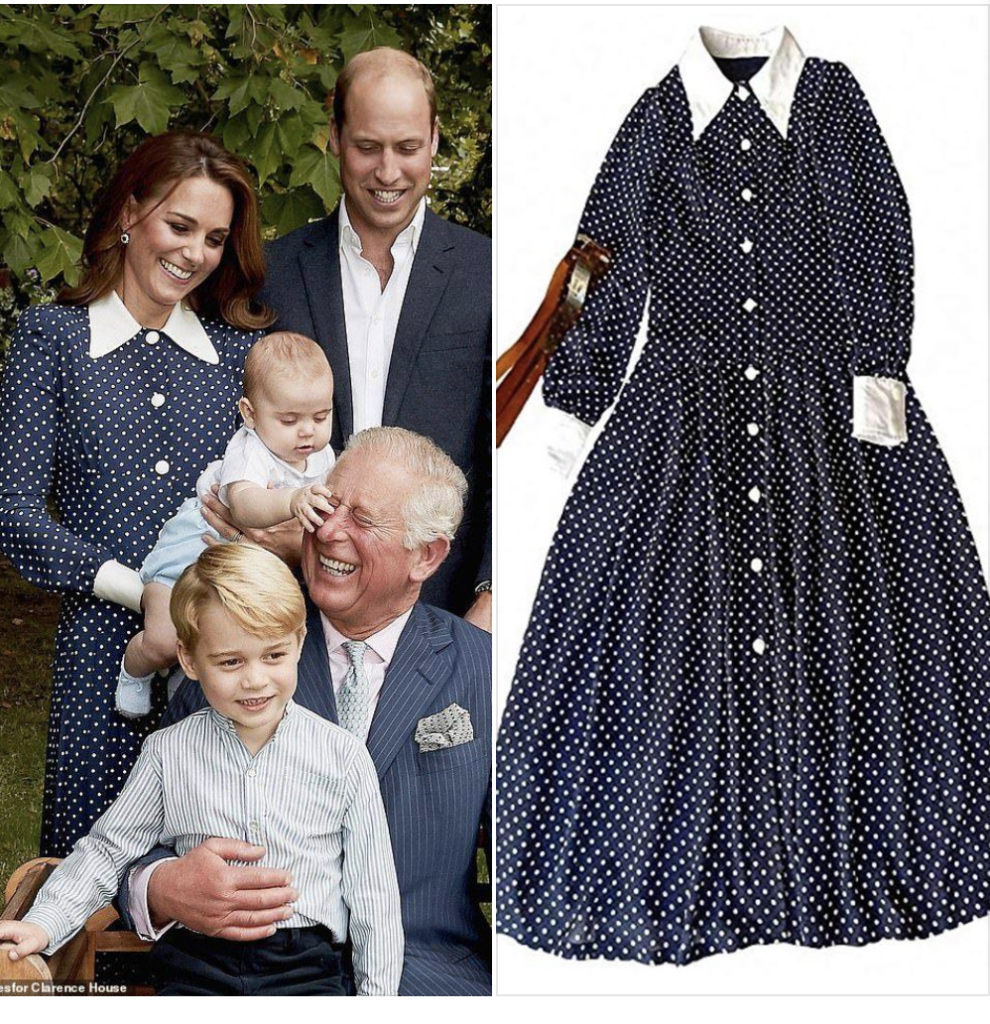 In the photographs, the Duchess of Sussex wears a sheath dress and belt by Givenchy. The two-tone cream colorblock dress is another bespoke creation by Clare Waight Keller who has become one of Meghan’s go-to designers.

Get a similar look from Amazon. 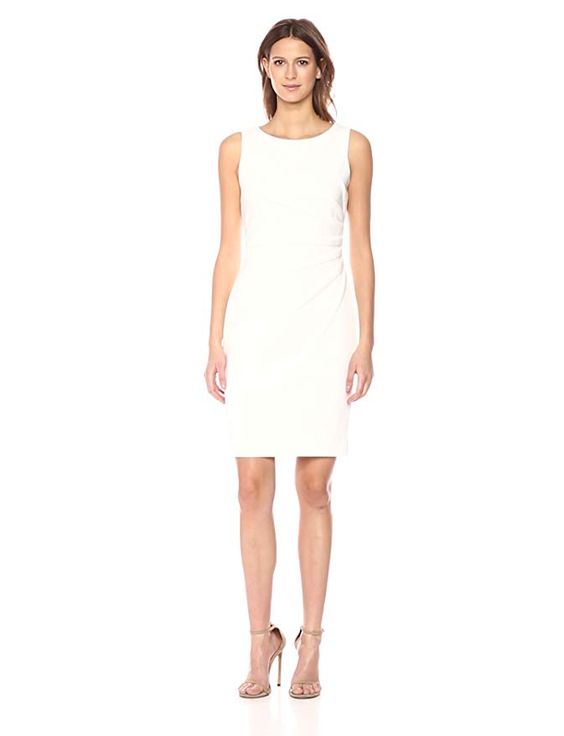 The Duchess of Sussex appears to have paired the dress with her Manolo Blahnik BB suede pumps in navy. 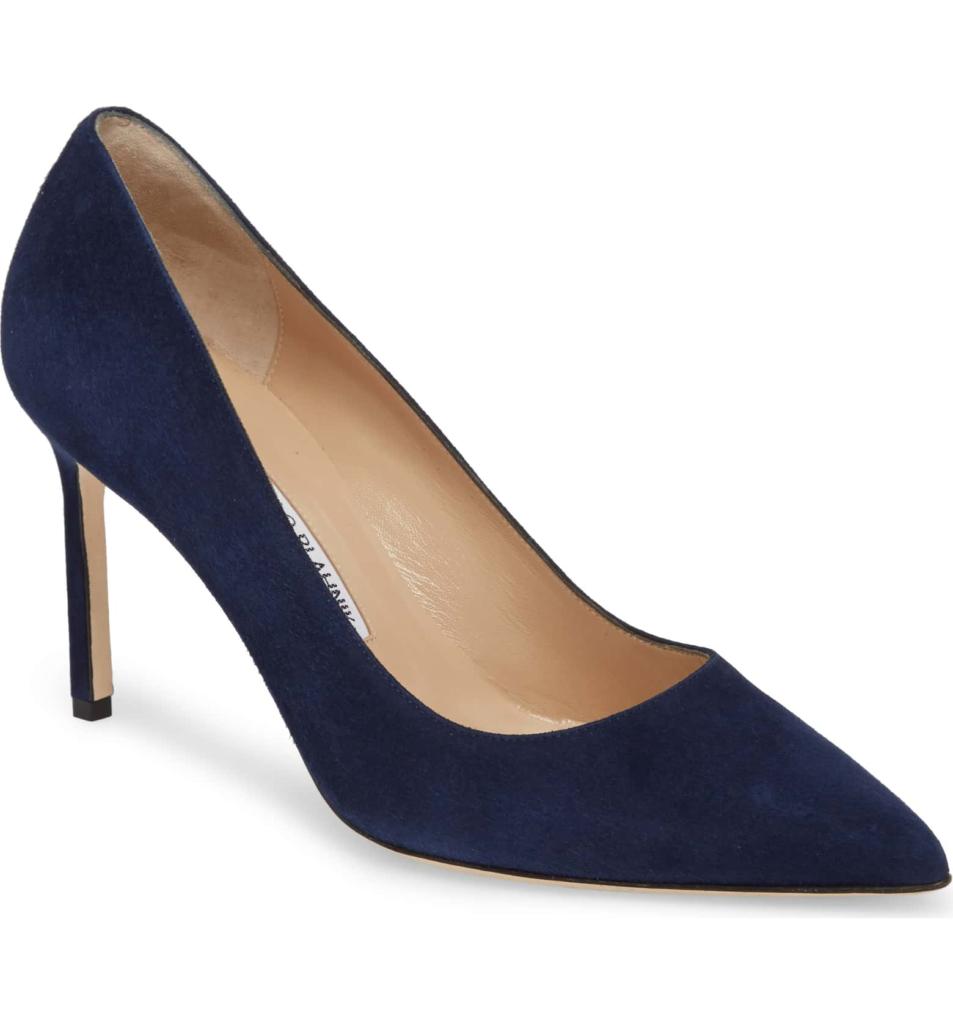 As a side note, famed photographer Chris Jackson recently released his own collection of photographs entitled: Modern Monarchy: The British Royal Family Today. The stunning collection features photographs of the royals over the past fifteen years. 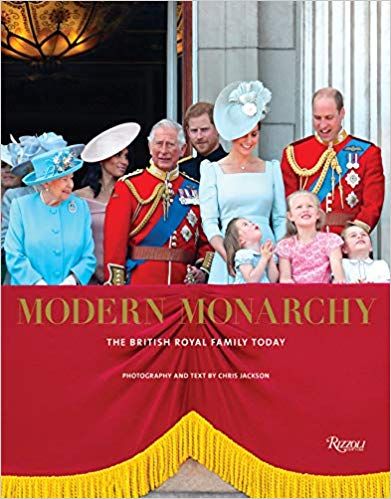 The book is available at Target and on Amazon.