Meghan Markle at Wimbledon in Pinstripe Blazer and Jeans

Despite being on maternity leave, the Duchess of Sussex stepped out to root on good friend Serena Willams at Wimbledon in a chic daytime ensemble. The new mom opted for a pinstripe Brea blazer by L’Agence as well as denim jeans and an unidentified ribbed black shirt. She completed the look with Henrietta sunglasses (similar) by Finlay & Co. and a new letter pendant necklace plus a blue sapphire ring. 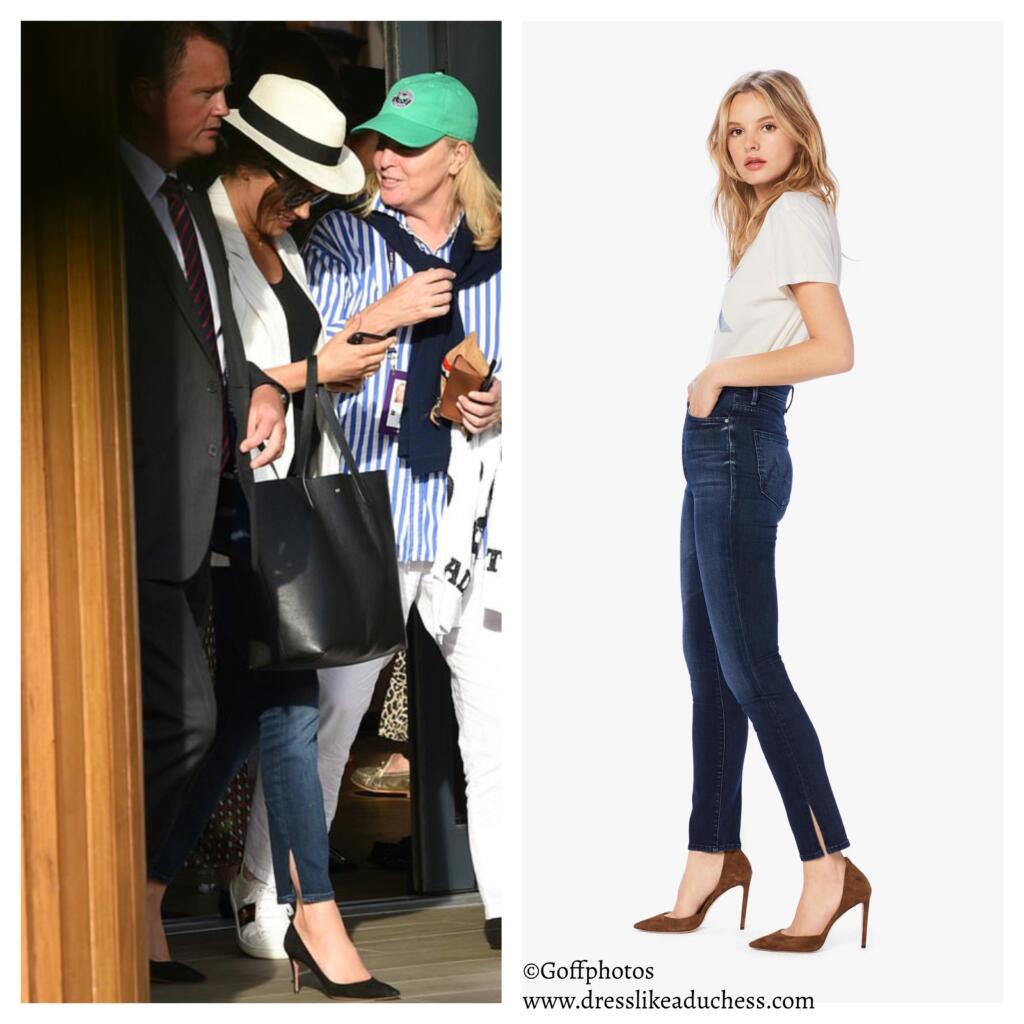 And Meghan rarely makes a summertime appearance without her Madewell Biltmore hat which she has owned and worn to the tennis tournament over a number of years.

Meghan also carried the Cuyana classic structured leather tote that she had monogrammed with an ‘M’ in a small font size. 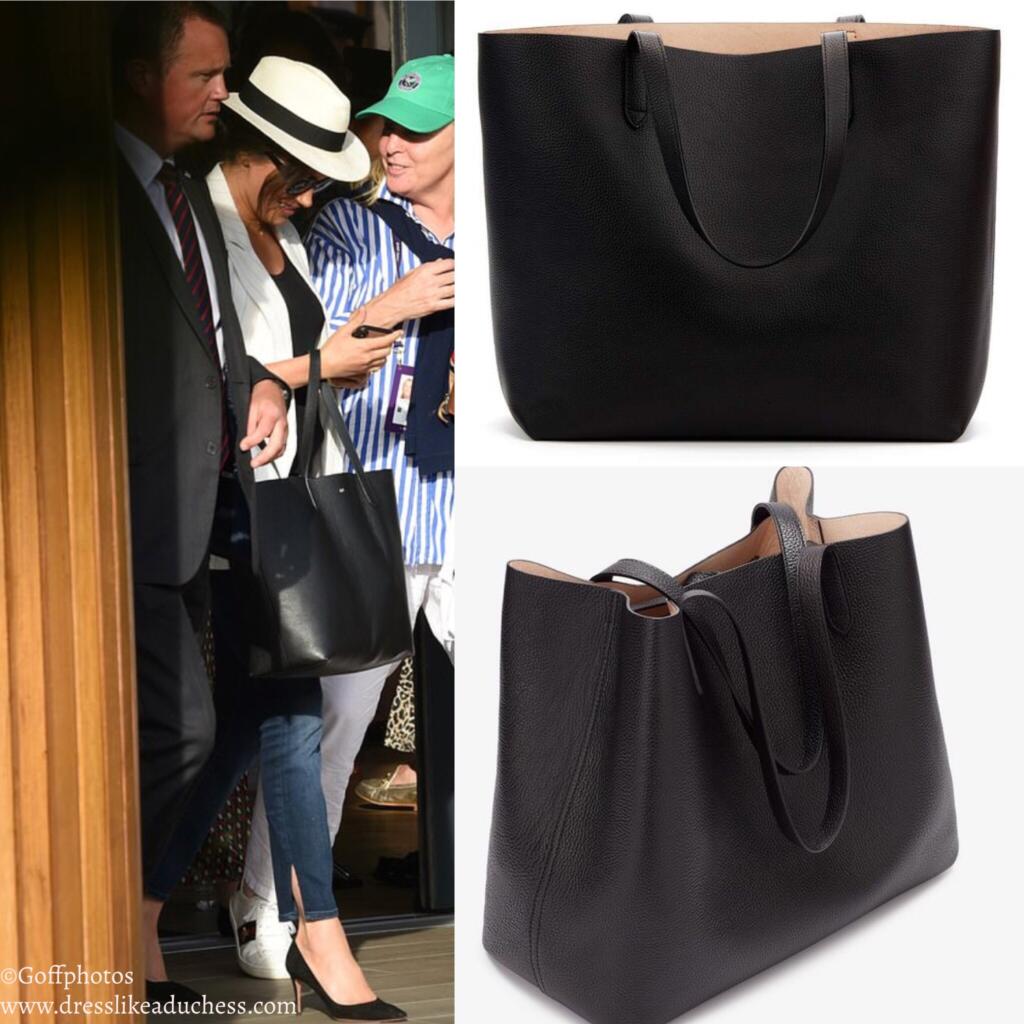 The duchess looked relaxed and comfortable during the sunny outing and sat near two of her best friends from her days at Nonwestern University–Lindsay Roth and Genevieve Hillis. Since Roth and Hillis were with Meghan, it’s believed that these American pals may be part of the godparent entourage for Archie’s christening which takes place in two days. Though the public will see official photos released–the identity of the godparents will remain a secret.

In staying in mom mode, the Duchess of Sussex wore a small pendant necklace featuring the letter ‘A’ for Archie. The gold necklace is created by Sydney based Verse Fine Jewelry. Shop similar. 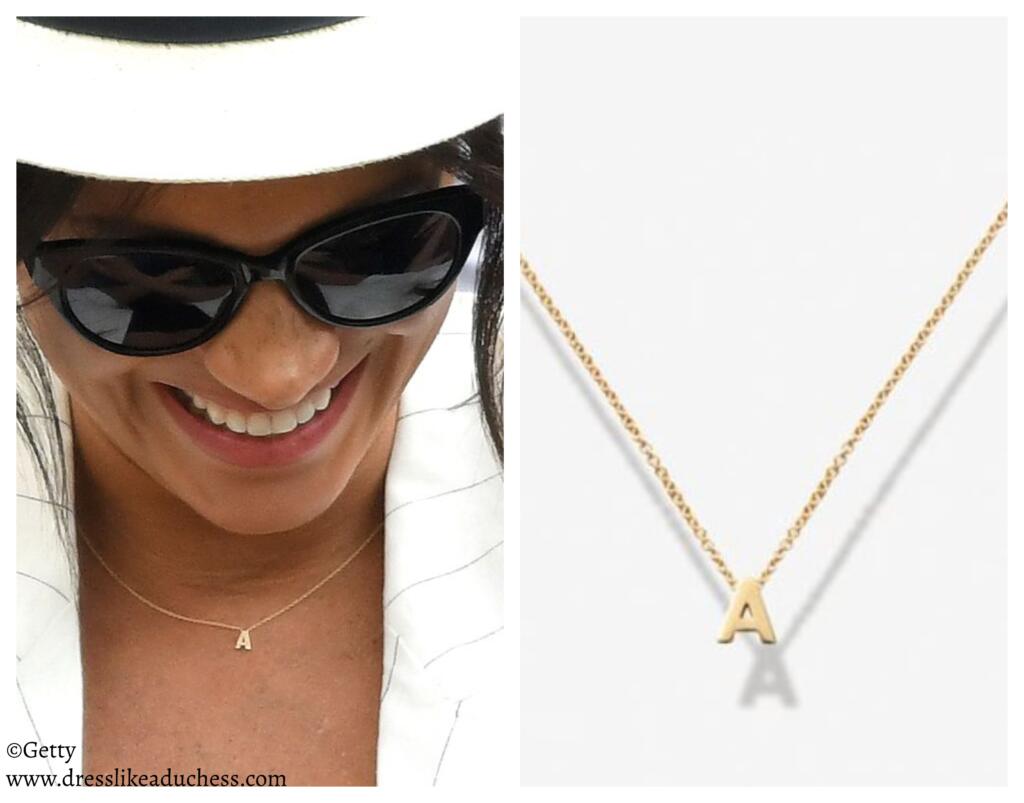 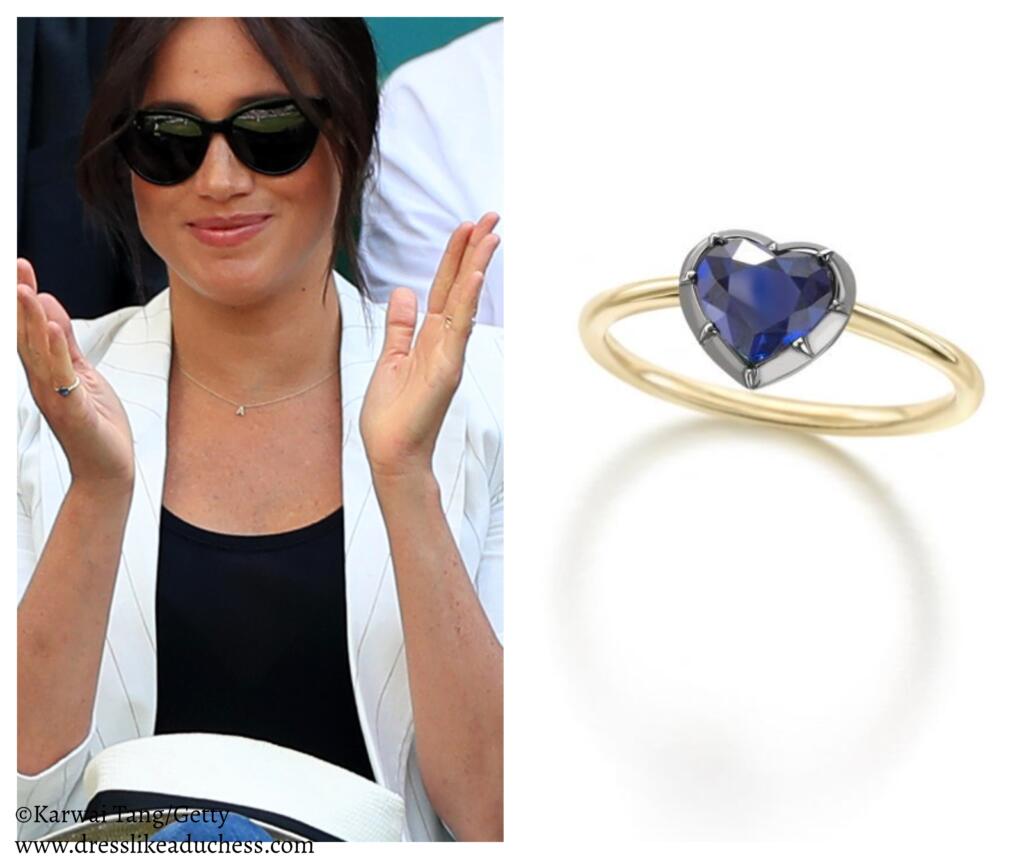 And Meghan opted for skinny denim jeans which have yet to be identified.

Today’s ensemble is very reminiscent of her look from the Royal Tour Oceania. It’s of note that Princess Diana was also very fond of blazers and frequently wore them for official royal functions.